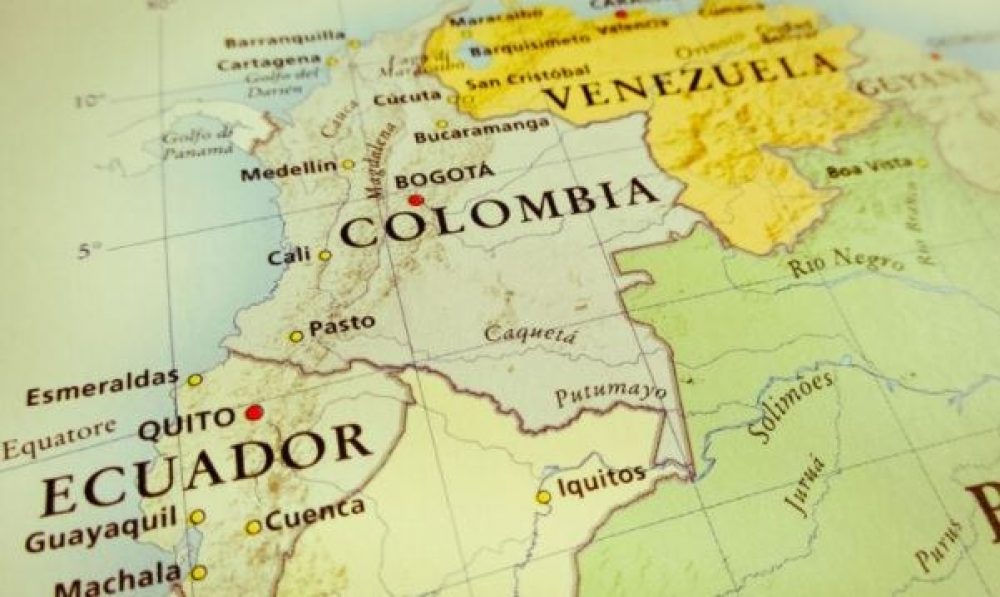 This special feature page honors Colombians for their “most important humanitarian gesture in the region for decades,” while shedding light on the situation of Colombian internally displaced persons (IDPs) and the reasons behind the Venezuelan mass exodus to the country.

Over the last year, TSOS has developed close relationships built on mutual trust with many of the families we help. We know their names, their personal stories, and their individual needs. We are fully aware that our donations are only a temporary band-aid for a larger problem. A bag of groceries only goes so far, and they will be back the following Saturday for more. Sometimes, though, we can make a bigger impact in someone’s life. 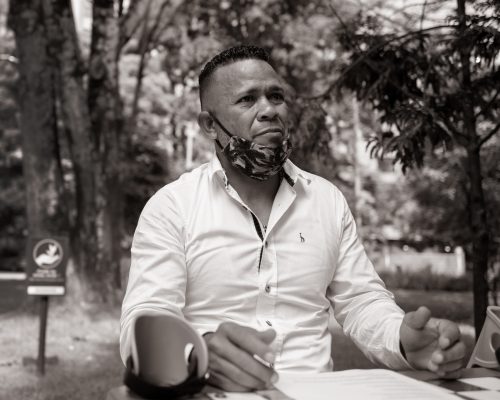 “I collected medicine, clothing, pencils, etc. Some Saturdays we would have “Arepa Saturday,” where we would give out over 500 arepas, and have two or three big pots of soup. But the government heard about my volunteer work. I was kidnapped, shot six times, and left on the side of the road."

Read Giovanny's Story
Special Refugee Status: Why Venezuelans have been given their own category
Learn More

Venezuelans are fleeing an economic and political crisis, characterized by the systematic violation of human rights and a deepening humanitarian emergency. News reports show most Venezuelans living in poverty, with more than 75% living in extreme poverty (source: Reuters). 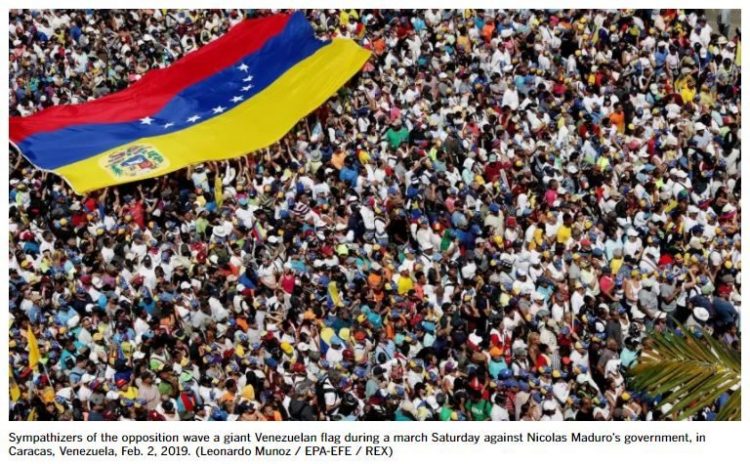 But that hasn’t always been the case. In the 1950s, 60s, and 70s, Venezuela was one of the wealthiest countries in the region on a per capita basis. 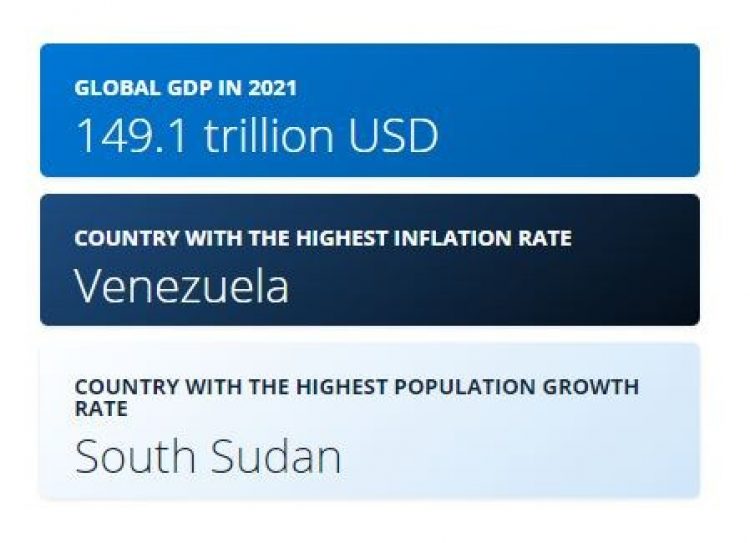 With a political system in complete turmoil, locals are plagued by skyrocketing hyperinflation, power cuts, and shortages of food and medicine.

“Although Venezuela has faced food and medicine shortages in the past, the situation has become heightened over the past four years under President Nicolás Maduro.” USA Today, 2017

STORY The Voice of My People

As government refuses to accept humanitarian aid, blocking shipments of medicine, first aid supplies, and other necessities, infant mortality rose by 30 percent in 2016, and malaria infections shot up 76 percent, Reuters reports (NPR, 2018). Such statistics make Venezuela a unique case, one that warrants the right of economic refugee status.

While livelihood necessities are scarce, the government under President Nicolás Maduro and the opposition are engaged in an ongoing power struggle.

Global powers and Venezuelans alike are at odds with which presidency they recognize and have reacted differently to the current situation. The US has imposed sweeping sanctions on Venezuela but they have failed to weaken Maduro's government enough to drive him from office (BBC). Other countries, such as Colombia have shown great solidarity, granting arriving Venezuelans legal refuge (Refugee International). 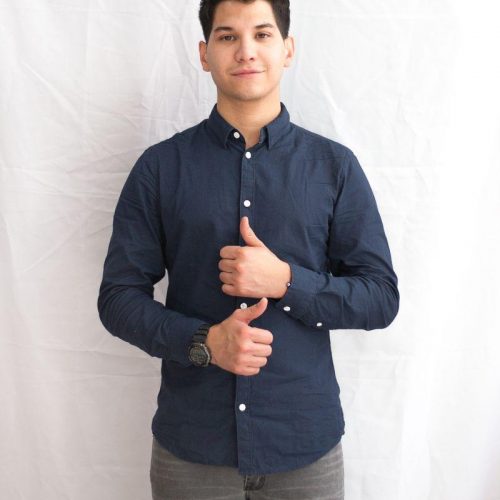 The oppression of free speech and exacerbated economic struggle have led to systematic abuse of basic human rights, including the right to life, leading to the mass exodus. Currently, there are more than 5.9 million Venezuelans who have left the country in recent years, with currently only 170,000 recognized as refugees (Source: BBC, UNHCR).

“I was forced to leave Venezuela due to the difficult situation and political differences ... which led them to persecute and threaten me for not supporting the government. I was also assaulted ... during the 2014 protests to the point of ... breaking my ribs, for the simple fact of participating and raising my voice against a dictatorial government... It was very hard to abandon everything: my life, family, and studies."

Read Felipe's Story
Displaced in Colombia: How You Can Help

As of mid-year 2020, of the 5.9 million Venezuelans on the move, more than 1.7 million crossed into neighboring Colombia -the largest number by far. From the start of the crisis, the Colombian government has served as a leader and an example of welcome to Venezuelans. It has "mobilized emergency humanitarian assistance, facilitated access to services and work, and created mechanisms for hundreds of thousands to regularize their status" (REFUGEESINTERNATIONAL). It currently maintains open borders, despite challenges such measures are creating. 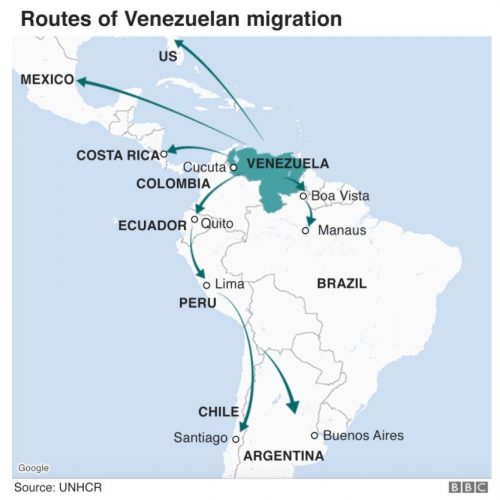 Up until the 1990s, Venezuela was a safe haven for millions of asylum seekers from Argentina, Chile, Colombia, and Peru. Now that the tables have turned, Colombia’s President Iván Duque has extended a welcoming hand to more than 2 million Venezuelan refugees. Under Temporary Protection Status, Venezuelans can legally live and work for 10 years.

The UN called the move “the most important humanitarian gesture in the region for decades.” (Source: Reuters)

Crossing into Colombia is not without its dangers. According to the International Crisis Group, the border between Colombia and Venezuela is the “site of Latin America’s most prominent inter-state standoff and its worst humanitarian emergency.” From the Colombian side, the border has been a magnet for guerrilla groups and organized crime, including black markets and the world’s largest concentration of coca crops. With this tide of violence and a history of dispute along the border, Colombia has been struggling to cope with the Venezuelan refugees and migrants making their way south. The United Nations is calling it “one of the largest external displacement crises in the world.”

The Colombia conflicts began in 1964 and officially ceased with the ratification of the peace agreement in November 2016.

The five-decade-long battle involved participants from across the political spectrum: the Colombian government, far-right paramilitary groups, crime syndicates, and far-left guerrilla groups such as the Revolutionary Armed Forces of Colombia (FARC), the National Liberation Army (ELN), and the Popular Liberation Army (EPL). This resulted in Colombia having the largest number of Internally Displaced Persons (IDPs) in the world as of 2018 (Source: Colombia Reports). 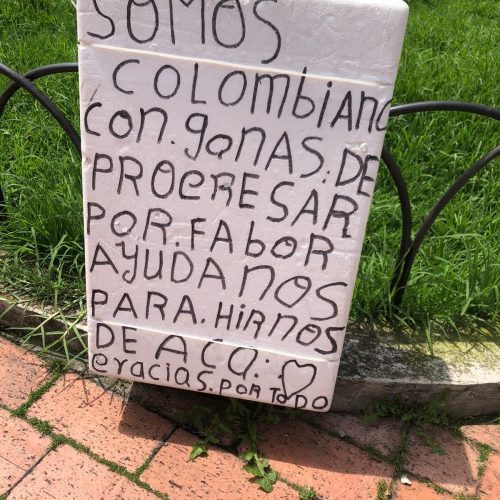 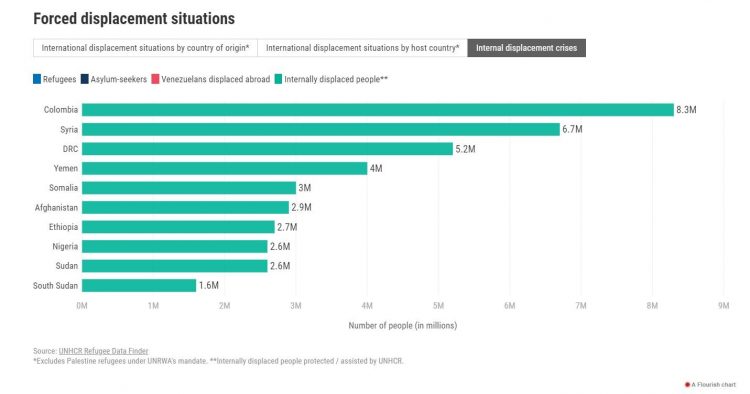 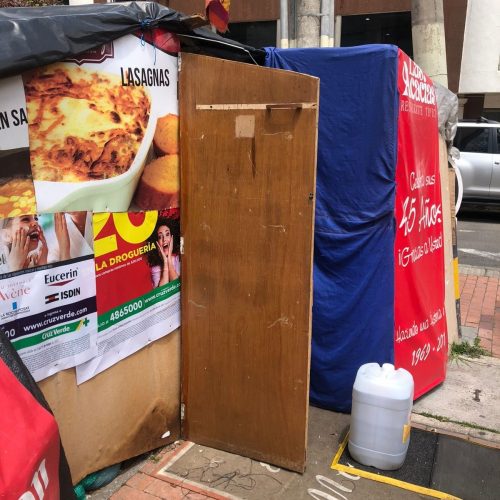 Even with the signing of the peace agreement, internal displacements continue to occur. Conflicts between active guerrilla groups and paramilitary organizations have resulted in 106,000 new displacements in 2020, (Source: UnidadVictimas) primarily from Afro-Colombian and indigenous people from the departments along the Pacific coast and in the North. Additionally, environmental disasters and the seizure of rural land for development continues to increase the number of people being forced from their homes.

The UNHCR reports that as of December 2020 the number of Colombian IDPs has grown to 8.3 million. 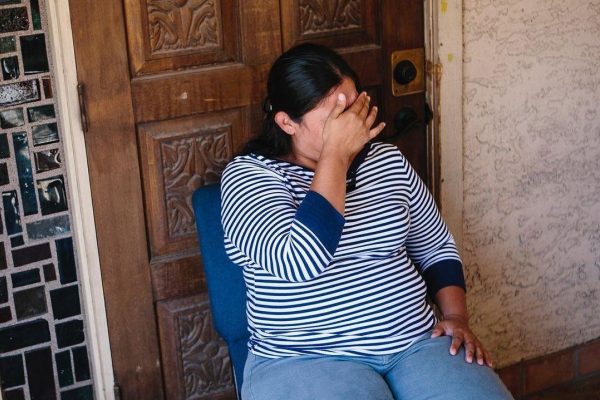 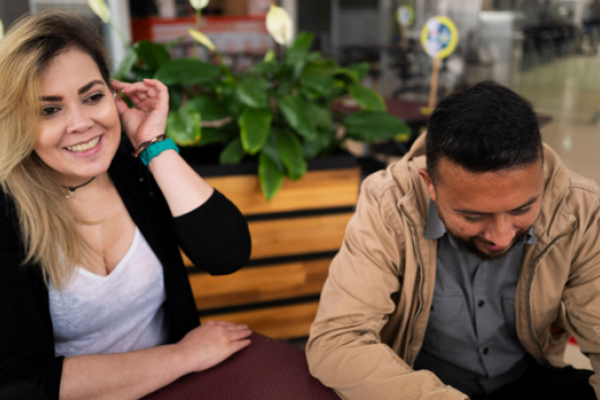 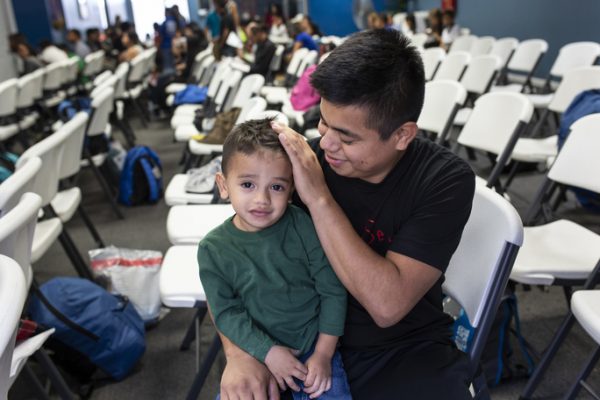