Our First University Chapter at BYU and Debut Event

I am a senior at Brigham Young University (BYU) majoring in Middle East Studies & Arabic. Together with Jarom Hickenlooper, who is a Farsi student at the same university, we co-preside over the BYU chapter for the international NGO “Their Story is Our Story" (TSOS).

From the beginning, it only made sense that TSOS have a chapter set up at BYU. The organization had visited our campus several times and given presentations, had already “on-boarded” a couple of students and even faculty members, its founders had been recognized with awards granted by the administration, and more and more students were expressing interest in the international organization weekly. Many more members of the BYU community, even acquaintances of mine, had frequently expressed their interest in doing their part — something, anything, tangible — to aid in the midst of the greatest refugee crisis since World War II*.

When Jarom Hickenlooper and I were named as Regional Program Coordinators/student liaisons in the Utah Valley area for TSOS, we immediately scheduled to meet and started recruiting other enthusiastic candidates for an on-campus group. My mother, Melissa Dalton-Bradford, the executive director of TSOS, came to visit in March to give a lecture in a BYU Women’s Studies class on her experience with female Rohingya refugees in Bangladesh and wanted to have lunch with any students interested in becoming involved with TSOS that same week. Jarom and I rallied a group of interested students together, and that March lunch led directly to the current leadership of TSOS at BYU.

From that initial meeting with Melissa Dalton-Bradford, we exchanged ideas and formed short- and long-term goals for our TSOS-related endeavors. Energized by the fresh ideas and commitment shown by our new volunteers, we moved quickly to brainstorming ideas for our first event for the coming Spring/Summer term and Fall/Winter semester when more students would be on campus. Long story, short, we planned to tack on nothing more than setting up booths and banners in what is called the Wilkinson Student Center, knowing there would be a lot of traffic there by the end of Spring term. Not all of us could commit much time during the spring anyhow, and we wanted to start off small so as to slowly gain the administration’s trust before we put on any bigger event in the fall.

We ended up beginning bigger than planned, however. Surprisingly, and thanks to the special initiative shown by one volunteer in particular, Elisabeth Baird, an art major and former Arabic student, we were given permission to use an entire floor of the Harris Fine Arts Building to display an exhibition for two weeks and to run an event with invited speakers sharing their own refugee story. The reservation was made for five weeks from that day rather than in the fall when we had planned. The lack of ramp up time was a bit daunting, but we simply couldn’t pass up on this rare and exciting opportunity.

From that decision onward, and many group meetings with varying members of the leadership later, as well as following invitations to our former refugee friends, we pulled something together. Part of the exhibition included Elisabeth Baird’s own photos and poetry created after she had spent a full 30 days sleeping in a tent outside during the winter to spread awareness of the conditions millions of refugees, even in developed countries, are sleeping in around the world. There were also sketches and photos done by TSOS volunteers such as Elizabeth Thayer and Christophe Mortier on display.

Most importantly, we all gathered in a room to sit and listen to Dumdi Baribe’s and Tito Momen’s stories of seeking refuge in the USA after fleeing Nigeria and Egypt, respectively.

Their stories were honest, brutal and hard to hear, but the 40-plus members of the BYU community that were in attendance that night needed to hear precisely these kinds of realities. The effect was palpable. We left that evening sensing that, in a small way, we had succeeded in making their stories our community’s story.

Six weeks almost to the day from when we were officially recognized as an on-campus organization, we held our first event as the newly-formed pilot chapter of TSOS. I don’t write this to be self-congratulatory, but to pay tribute to the sort of scrappy energy, dedication and passion that exists amongst members of this volunteer-run organization.

Such characteristics are common amongst all who volunteer with TSOS. The cause itself and the refugees to which they are dedicated fuel this type of urgency. Sometimes it takes planning and a bit of strategy to bring those with a refugee background and those without into proximity with one another. We learned that making that effort puts a human face on a seemingly anonymous influx and gives voice to refugees. When you witness this in person, you feel it is all the more necessary to bring the same experience to others. It is worth taking up that initiative. Notes: 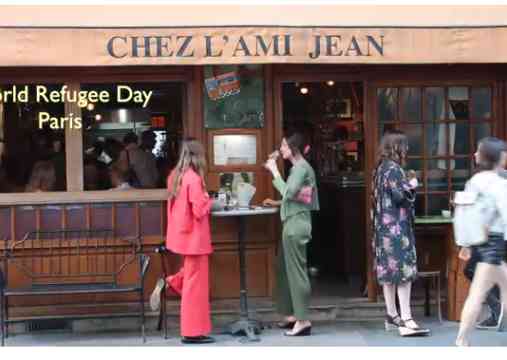 Food is a universal way of communicating who we are, where we've... 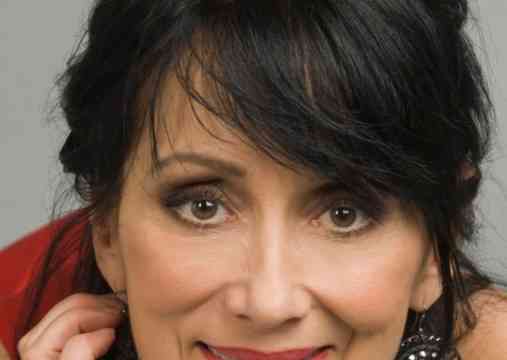 The Rewards of Shared Journeys

They want the same things I want: Safety from dangers; Opportunities for...

Their Story is Our Story information evening served as the grand finale t...