STORY UPDATE: Akhtar is an expert craftsman in marble and granite. His life's work. All gone.

Writing by
Photography by Lindsay Silsby

Akhtar is a Palestinian Syrian from Damascus. He was a master mason, an expert craftsman in marble and granite, that created luxury bathrooms and kitchens before war destroyed his business and home.  His name is well known amongst many in his home country. Five stores. His life's work. All gone.

"Over hundreds of years we have seen king after king, ruler after ruler destroy and take at will......and for what? You can't take it with you. We are all the children of Adam and Eve. We are brothers and sisters."

Akhtar and his youngest son, Kamil (about 23 years old), begin to tell me their story. We communicate with smiles and raised eyebrows and small hand motions...and an Arabic to English app on Kamil's cell phone. Kamil begins by typing in "16.12.2012". He shows it to me and I look questioningly back at him. Then he types again and shows me "The day airplanes shot down 117 people in our neighborhood." I read then quickly look up into his face to read what can't be spoken. Then into Akhtar's face as he leans intently towards me, trying to transfer this picture into my head. Akhtar lifts his hand straight up, sideways and flat, and bends it up and down at the wrist several times with old horror in his eyes as he relives the fall of each friend, each neighbor. "We watch," says Kamil, watching his father's hand as it flaps up and down, again and again. This is where they choose to begin their story... 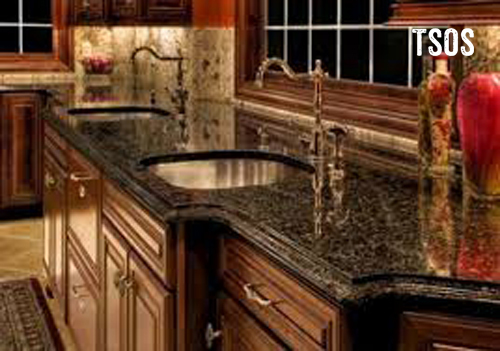 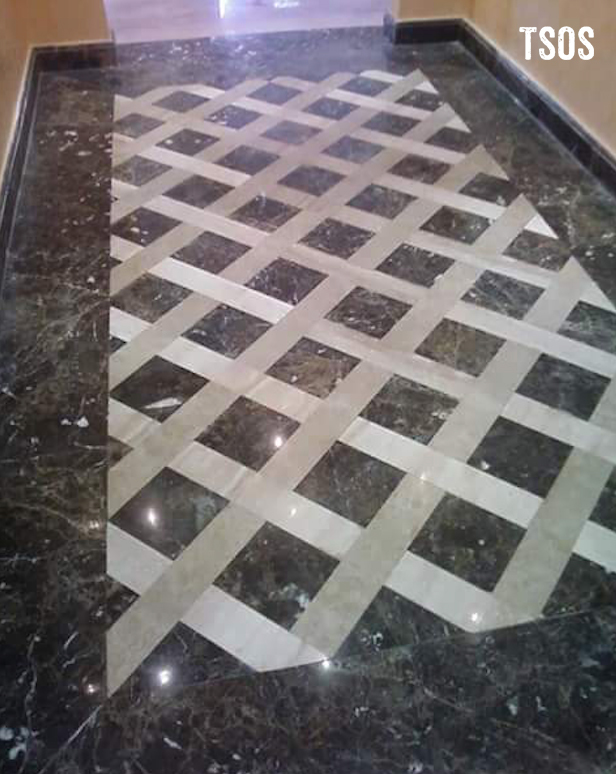 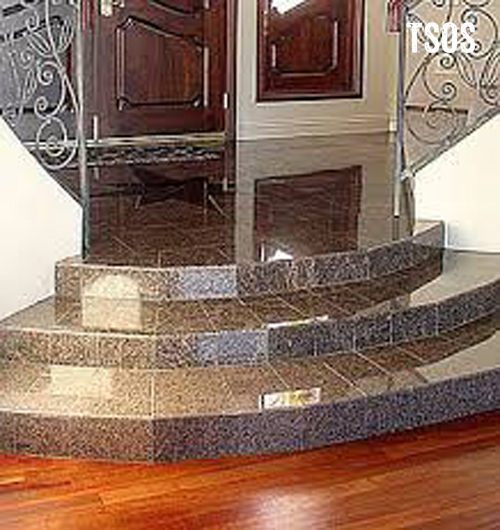 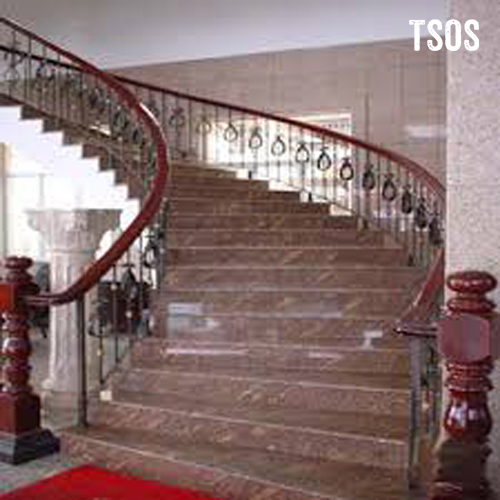 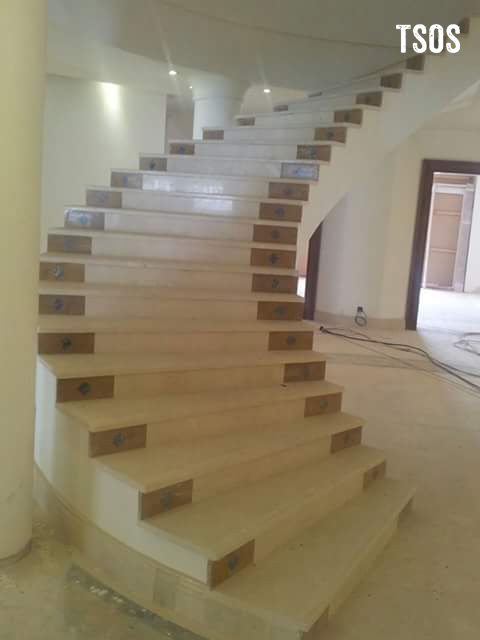 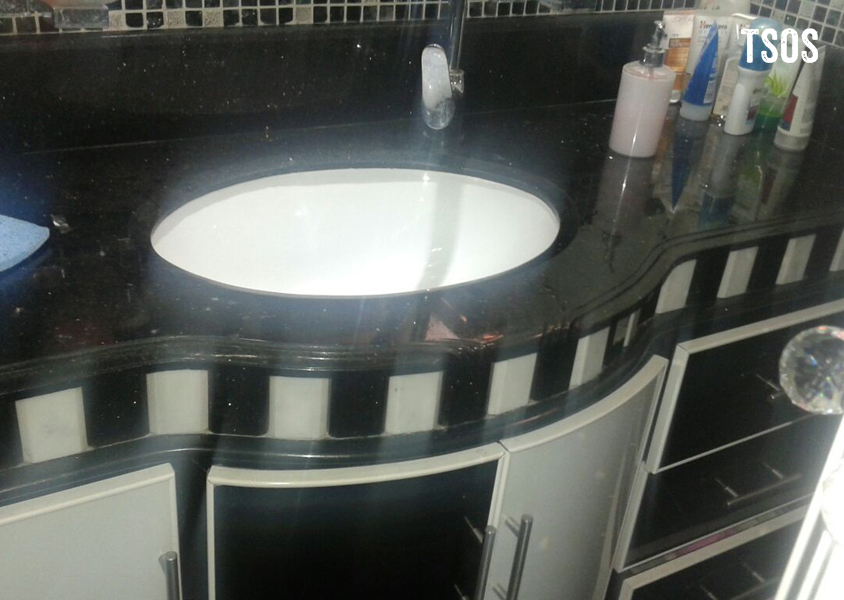 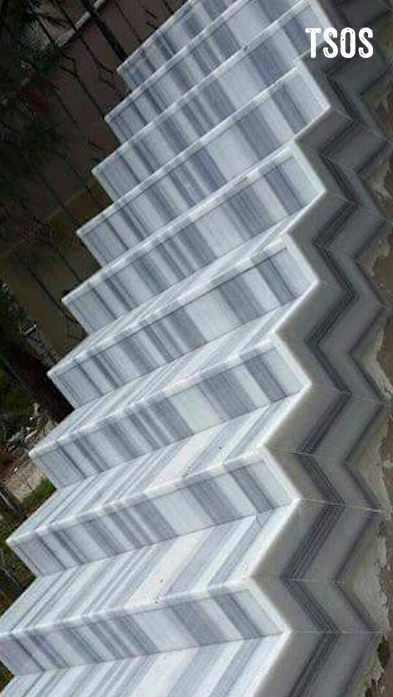 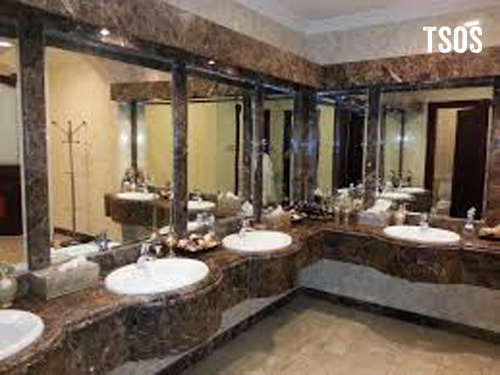 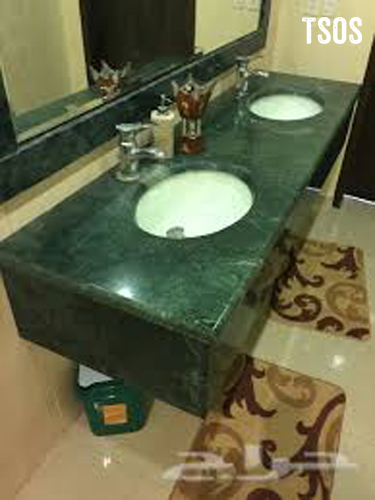 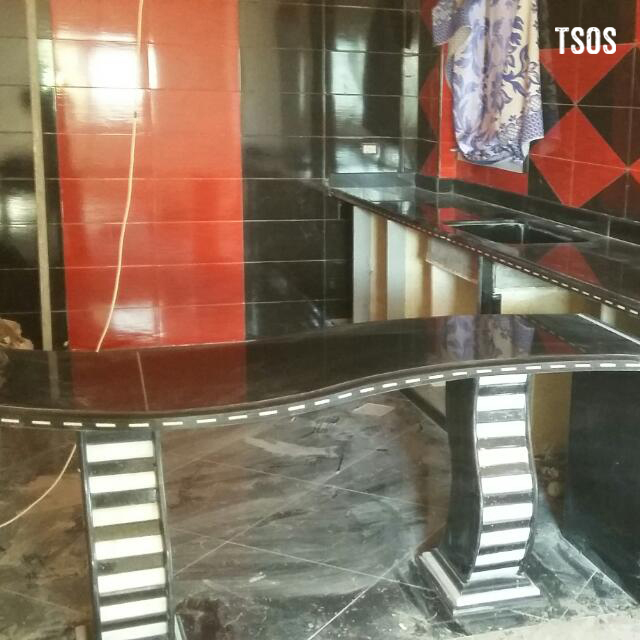 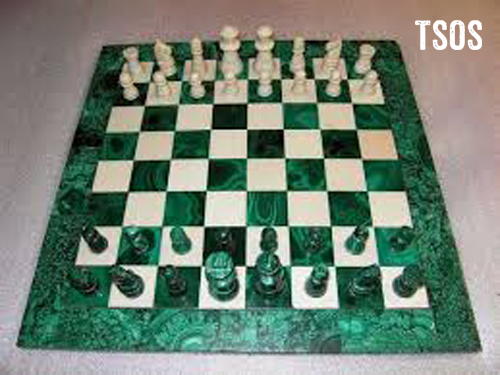 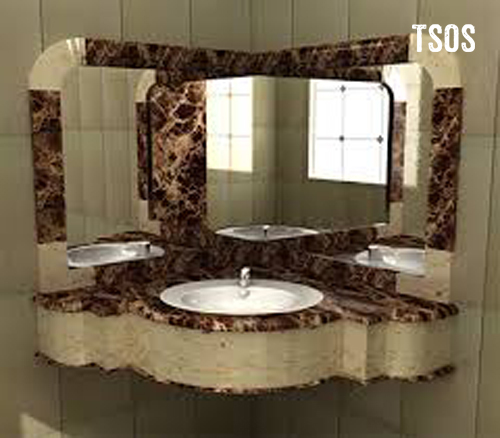 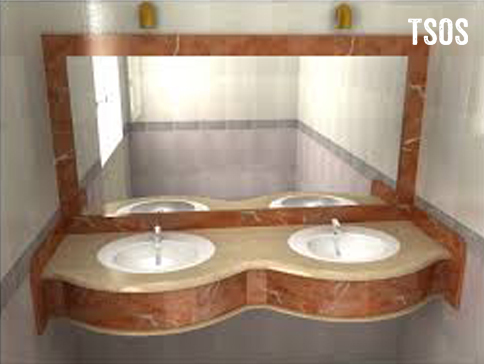 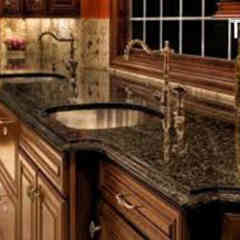 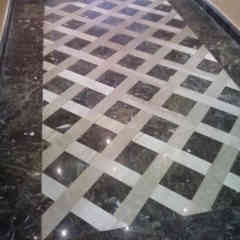 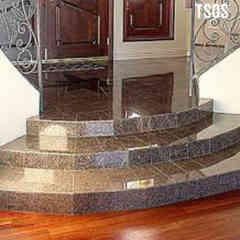 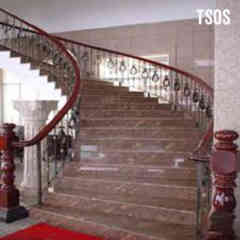 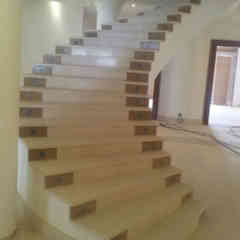 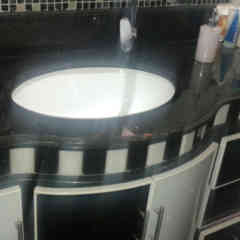 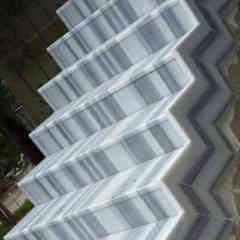 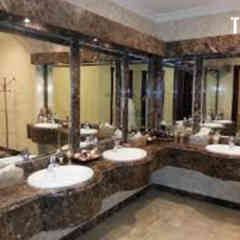 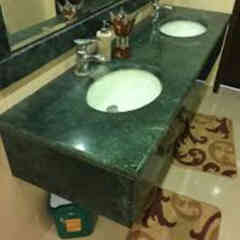 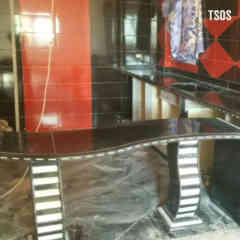 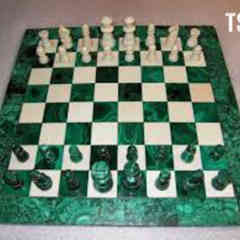 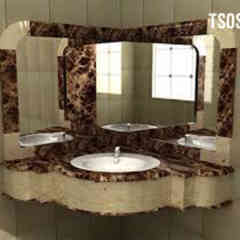 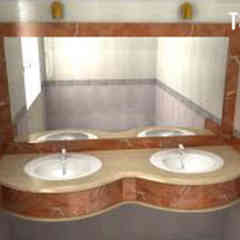 After spending one year living in camps and learning German, Akhtar and his son, Kamil, have been given a small attic room and wait to learn whether they will be given permanent asylum. Both work three days a week as apprentices in a granite quarry making gravestones. At age 59, Akhtar must begin all over again, but he is hopeful. Both he and his son place a higher value on peace, security, and civic duty than do most Europeans. They are heavily invested in assuring their new home remains peaceful — the future of their dispersed family depends on it. They look forward to being reunited with their loved ones who are still waiting in the camp back in Lebanon.

In his own voice — Akhtar tells his story:

Peace be upon you. I am 56 years old. I have children, five children, five young adults. My sons were working and I was working, and my son Muhammed was working. Suddenly everything was gone. And everyone was separated. People are living under shelling in Syria. You don’t know when you could die. Here is a mortar, here is shooting,  it’s a tragedy, tragedy. The whole world is seeing what is happening in Syria. They are destroying the country until there is nothing left.

We got out of the war. We left the heart of Yarmouk. We went from Syria then to Lebanon. We stayed in Lebanon for three years assuming it [the civil war] will end. Meaning we were waiting for it to end. Assuming tomorrow there would be a peaceful solution, political solution. Meaning an end to this tragic war. But it would not seem to end. We all went to Lebanon. I swear to God I was planning to stay only a month in Lebanon. I told myself tomorrow it will end. I was planning to stay only a month then return to Yarmouk. Our house and all our belongings were there. [But] there’s nothing left, it was all stolen. Everything in the house was gone. All of Yarmouk was stolen, the people stole it. You’re living like a king then suddenly you find yourself in the bottom.

We tried working in Lebanon. We didn’t depend on anybody. My children need to eat, they need to drink. I didn’t depend on anyone to give me a hundred Euros or ask someone for a Euro or half a Euro or anything. We barely took care of ourselves and God protected us. It was a battle. My sons were working and I was working. . . but then I couldn’t endure it. Yes, three years we stayed in the camp.

I brought him [my son, Kamil] because we are both alike and he couldn’t live there. I didn’t have enough money. If there was enough money, we would have all left together. We wouldn’t have left her [my wife] in Lebanon. I wouldn’t have left her there. We barely got to Germany. I would have brought the whole family. I would have brought my other son and daughter. We didn’t have any money left. It’s something that causes heartache. What are we to do? What is there to say? This is a test from God, praise be to God.

We traveled by sea from Izmir to Greece. Inflatable boat, meaning between us and death was like a blink of an eye. We left and I swear to God before leaving I recited Al-Fatiha and that’s it, I knew I was dead. That’s it. Deadly journey, deadly. We remained on the sea for five hours. We remained sitting in the inflatable boat for five hours. The Turks stopped the boat twice. But God helped us until we arrived. Praise be to God.

[Here in Germany] we are asking for a humanitarian refuge. That is the first thing. We are learning the language. We are not here to stay and become a burden for the German people. We are ready to work. Work is also worship. Meaning to work is like worship. The most striving worker, as they say, is the one who works to feed his children and brings goodness to all his family.

Evil exists and good exists and the evil has now become more than the good. Everyone is thinking about money. The government and leader think everything is money. Not everything is money. No matter how much money one gathers, tomorrow this government and leader will all be gone. Meaning no one has anything in this life. Where are the emperors that once existed and the Islamic state and the Persian and Roman empires? It’s all going to be gone.

I recently visited Akhtar and Kamil who are interns at an Odenwald gravestone factory (in Germany) where they are thrilled to have their hands on stone once again! They were like kids in a toy shop as they showed me the huge equipment and excitedly pointed out which machines they had owned in their own business in Syria before bombs leveled their workshops.

Thomas Eichhorn, the factory owner and a third-generation stonemason, told me the Eichhorn family business will celebrate its 80th birthday next year. Mr. Eichhorn is highly pleased with Akhtar and Kamil!  He said they work hard, are reliable, and are very good at what they do. I shared a bit of their story with him while the four of us were together. He was astounded and looked at Akhtar and Kamil with new eyes after he heard about the successful stone mason enterprise Akhtar and his sons had built together in Damascus and how much they had lost. And Mr. Eichhorn, having just come from lunch with is wife, couldn’t believe it had been 16 months since Akhtar had last seen his own wife. "But you are both so positive all of the time!" he exclaimed, to which Akhtar replied, “Arbeit gut.  Deutschland gut”

Kamil has one more month then he will begin vocational training in stone masonry (which is ironic since he is already a master in the trade).  Akhtar will finish his internship in two months, then Thomas has promised him a permanent, paying job.