In solidarity with the 70+ million forcibly displaced people who walk sometimes for weeks over difficult and dangerous terrain seeking refuge, my family and I were proud to walk the 2-mile route from George Washington University's Elliot School of International Affairs to the steps of the Lincoln Memorial. Our walk was significantly shorter than the journey of a refugee considering that an Afghan family from Kabul seeking refuge in Frankfort, Germany would have to walk almost 4,300 miles, cross several 10,000 ft. mountain ranges, and make a treacherous sea crossing between Turkey and Greece in an overloaded, unseaworthy rubber boat. That distance--from Kabul to Frankfort--is the equivalent of walking from Boston, Massachusetts to San Diego, California then up the West Coast, past Seattle, Washington, to the Candian border. (Distances calculated using Google Maps.)

Despite the shorter distance, a walk to Lincoln Memorial has been a significant scene for other groups who have marched for freedom from oppression and to raise awareness of suffering. In this way, such a backdrop felt altogether fitting for the cause of shining light and hope out into the world in support of 1% of the world's population seeking refuge (UNHCR Figures at a Glance).

As sunset turned to night, participants lit candles while listening to stories from refugee support workers in Greece and from those who have successfully integrated in the United States. For me, one of the most moving moments of the evening was hearing the Star-Spangled Banner sung by a former refugee from Syria in his native language, a gesture showing that a newcomer can love both their own homeland and mine too. 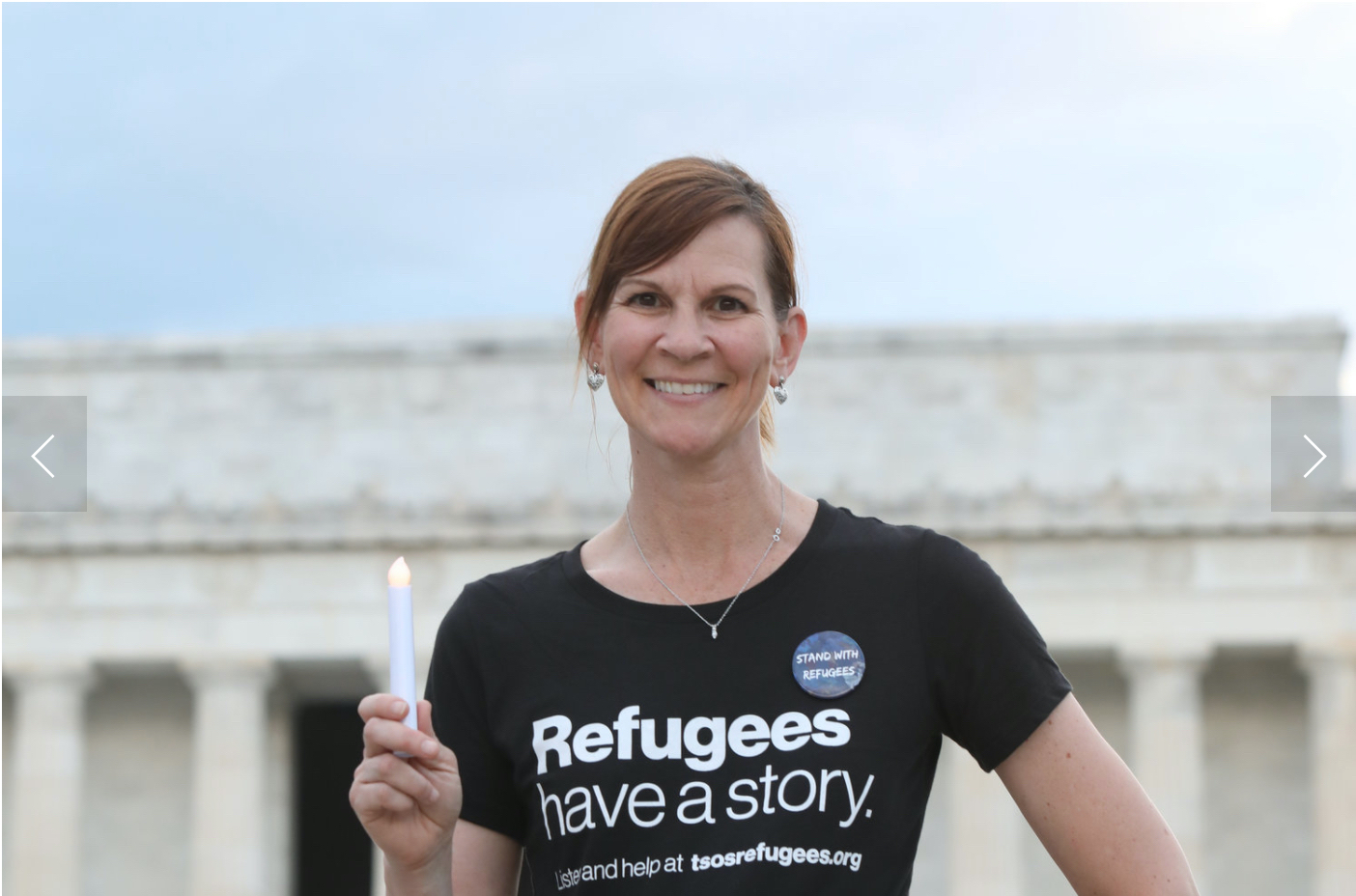 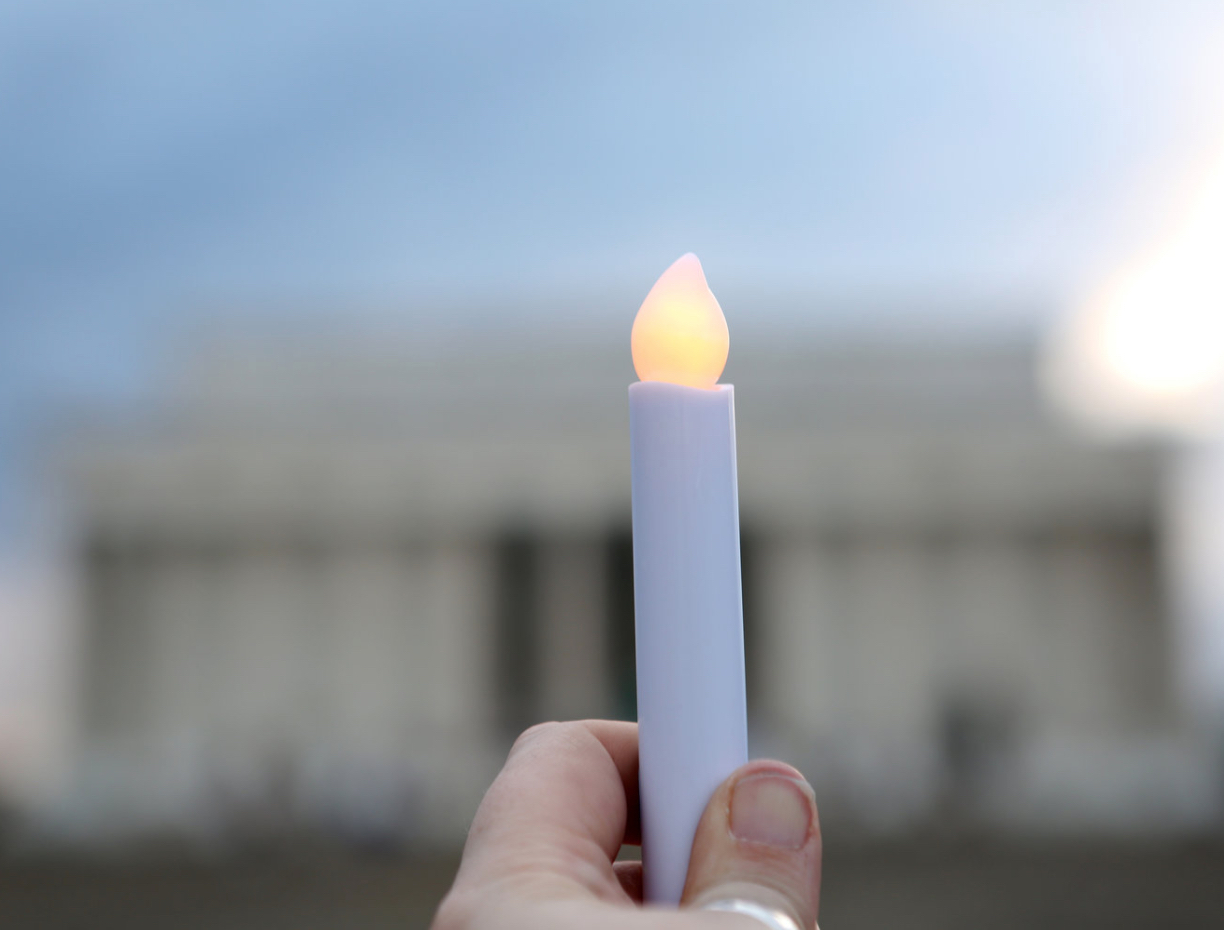 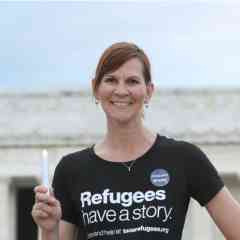 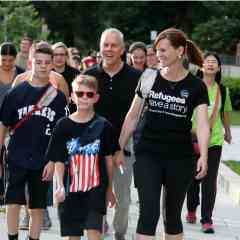 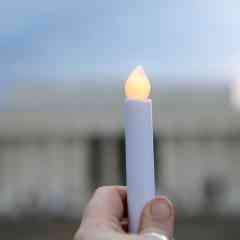 USAHello.org and Welcome.US: Two Helpful Online Tools for our Refugee Friends and U.S. Locals who are Welcoming them

Resettling into a new country can be more challenging when you don't know where to turn for help. USAHello.org makes information and resources available to those who have newly arrived in the United States. Welcome.US matches resettlement agencies' in-kind needs with businesses and community leaders who want to help.

A Bridge to English Fluency

How does a refugee move forward in a new country? How do they bridge the gaps they face that are necessary for integration into a new place? Most importantly, how do they learn the language fast enough to get a job and be productive in their communities? One ESL program in Virginia's southeast region targeting mothers and children conducts classes over Zoom, offering both language skills and a sense of community for women who are often more isolated.

In partnership with NoVa Friends of Refugees, we have provided a list of the most relevant proposals for the refugee and immigrant communities, organized by policy category, and encourage our local readers to stay updated and contact your representatives for those issues about which you feel strongly. We have found our elected officials' staff to be easy to talk to and, in our experience, responsive to our emails. The Virginia General Assembly is in session until February 27. Call or write today!