We are from the Hazara Province of Daykundi in central Afghanistan. We are Shiite. When the Taliban came to our town, they took many of the men and beheaded them. They enslaved women and kidnapped children. We didn’t dare leave our house. Under no condition! We didn’t dare step out. We lived secretly. We finally fled. We should have left a lot earlier but we didn’t have anything. No money. We withdrew all of our savings and sold everything, even my husband’s mother’s things. Then we borrowed money. We only had enough to get this far, here in Greece. Now we’re stuck.

There were twenty of us traveling together. While at the Iran-Turkey border, we crossed a river at night. The water was deep, and it was raining. Then the Turkish patrol caught us. They kept us out in the cold until morning. All of our clothes were wet but still they kept us unsheltered in the freezing rain. In the morning, they sent us back to the border again. We were at a lake. The Turkish border guard was hitting us, even our children, to make us cross the water. We were crying and screaming, telling him we would drown there—the children would drown. He pushed an old woman into the water. A couple of the young men rescued her. We screamed and cried so much the Turkish guard finally quit pushing us and left us there alone. A trafficker was watching, but he didn’t come to help.

Then Iranian patrols came. They pointed guns at us and told us to return the way we came, which meant back to Turkey. We were stuck between two patrols. Both sides were firing guns. To hide, we went into the tall reeds in the lake and sat in water up to our waists all day long until late at night, until midnight. And it was still raining. We had no food, no good water, nothing. My son, Farooz, was burning up with fever; he was about to die.

Finally, the trafficker who had brought us there came to us in the middle of the second night and gave us a phone. He said to listen to the person on the phone, and we would be guided. Then he left us. We listened to the man on the phone giving us directions. We got to a river and crossed it, then to a second river, which was much deeper. I had my youngest child tied around my waist.

The taller men crossed first to see how deep it was, then they came back and carried the children in their arms. Then they returned and took women’s hands to help them across. This was at about three or four o’clock in the morning.

After we crossed, we then had to climb hills. It was raining and slippery. Everyone had difficulty climbing. We took one of our scarves and pulled people up by letting them hold on. We finally came to a road, where the traffickers waited in a van. Patrols were coming, so the traffickers began to panic and were going to leave some of us behind because there wasn’t enough room, but we begged, and finally they threw us inside, closed the door, and went.

We drove for two or three hours. They took us to a barn filled with mud. It smelled. All of us were soaking wet. The children had fevers. Farooz’s was very high. They hadn’t had food or water for two days and nights. Parisa’s lips were bloody and stuck. I realized I was losing my children.

I went to the man working there. I begged him [to help], saying my child was about to die. I told him my children had had nothing in two days, not even a drop of water. He asked me why this was so, and I told him, “Because of your colleagues, the traffickers!”

When he looked into their faces, he felt pity. He used a piece of a warm, wet cloth to make Parisa’s lips wet and gently separated them. Then he gave her water to drink. My children had trouble swallowing water in their mouths. Then he gave us a few pistachio nuts. After two or three hours, they began talking again. But two of my children still had fevers.

Not long after we interviewed Linar, her husband was killed during an argument with a smuggler. The rest of the family have received asylum in Greece, are settled into a home, and the children are finally attending school. 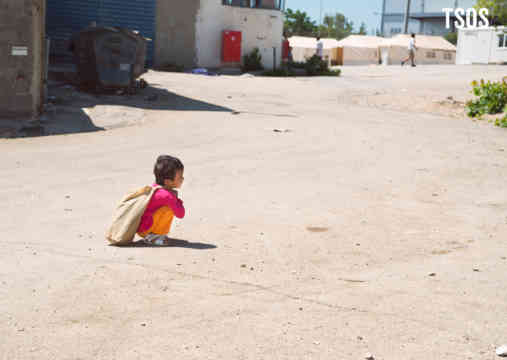 More than 10,000 unaccompanied refugee children went missing in Europe in 2015. 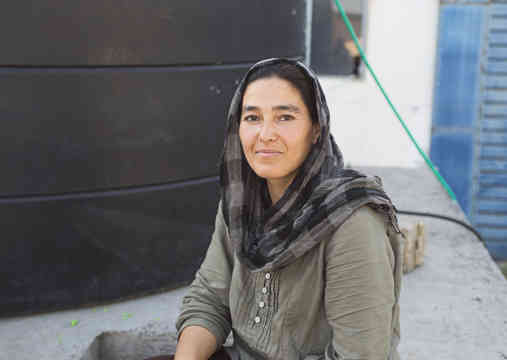 I’ve Been Deaf and Mute Since Birth

When I was old enough, I was forced to marry the head of our region. 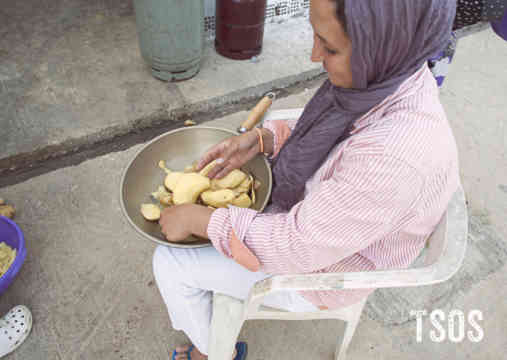