Safety. A better life. Kindness. Security. These are things I take for granted every day.

When I see people suffering violence, displacement, and death on the news while sitting in my warm, safe home with a bowl of ice cream and my kids playing nearby, I can’t help but think, “Why am I so lucky to be born here in the US?” Suffering in other parts of the world makes me realize I stand on the shoulders of generations of ancestors who worked for the security and prosperity I enjoy now. They sacrificed for their children and their children’s children. That realization generates a burning desire in me to help others not as fortunate as I am. This is why taking in refugees is so important to me. They are drowning and we have a boat. It’s the right thing to do.

I’m getting to know some refugees. Take Vitalii and Lidiia from Ukraine, for instance. About three years ago they started to get really worried about their future there. Things were not looking good. Stories of violence and coming war were escalating.

I am no expert in Russian history so please excuse flaws in my explanation. In March of 2014, Russia reclaimed the Crimea, which had been part of Ukraine for 60 years. (That’s kind of like Mexico crossing the U.S. border and taking Texas back by force and then saying,  “Well, Texans want to be part of Mexico so we are just giving them what they want.”)

After Russia annexed Crimea, there was a great deal of fear and fighting in East Ukraine with tanks, bombs, and shootings near the border. Many people from East Ukraine fled to the western part of the country, which caused great stress in the west. Crime got worse. More people were competing for the same jobs. War loomed. Ukrainian soldiers were in the streets preparing to defend against further aggression by Russia. People were killed. Russia, a huge powerful country, was bearing down on the small-but-feisty nation. Then the  U.S. sent in troops to help ensure that the Ukraine border was protected and today fears have calmed.  For now.

It was then that Vitalii and Lidiia decided to apply for refugee status and try to bring their family to live in the United States. After they applied, vetting took two-and-a-half years to complete. Finally in December 2016, they arrived here. All they had were the clothes on their backs and what they could carry on the plane. Fortunately, Lidiia’s sister was here to welcome them.  As soon as they landed, they dove in head first learning English, trying to find work, and getting their kids into school.

When I arrived at their house, I had my son along and they welcomed us with amazing Ukrainian food — peroghis, borscht, holupki — a beautiful table of generosity.  Their three children are awesome and despite a big language barrier (and thanks to Google translate), their children invited my son to play outside. They ran and jumped and played soccer and did what kids do. In safety.

Vitalii and Lidiia are so grateful to be here and are starting to breathe a little easier knowing that a good future is now possible for their children, that they can find work and make their way in the world. Lidiia has a dream of becoming a nurse. They are both working relentlessly to improve their English, studying every day while the kids are at school.  The American Civic Association helped Vitalii find work and he is able to provide for his family.  They are so impressed with how friendly people are here.

So, greater Broome County, meet your new neighbors. And Vitalii and Lidiia, welcome to your new home. 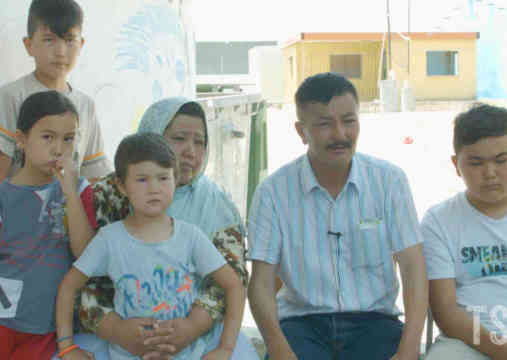 The struggles…can fill a story book 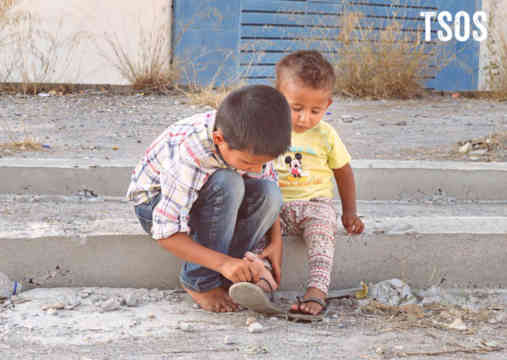