This is What They Did to Me

My name is Mathudo. I’m going to talk about my story—about why I left my country. The people of Europe, they that think that we just came here to look for money. No! There is something going on between people and witches where I lived.

Mathudo became estranged from his parents when they told him he must become a member of a secret society involving this association. He was told if he joined, he could get anything he wanted in life. One night he was taken from his home to a “dangerous place” where they cut ritualistic marks onto his torso.

"They told me that I will be the choosing one; I will join them, become their member. . . . that they want to mark my body. If I can show you my stomach, you will see. Just look at this; this is what they did to me. That’s when I shouted. People came and those other people ran away. . . . That’s what made me run away from my country.  I cannot to be a society man, I’m not a killer, I’m not a thief, I’m not a drunkard. I want to live a peaceful life.

In addition to cult initiation, scarification in West African tribes often symbolizes milestone stages in both men and women’s lives, such as puberty and marriage. The permanent body markings may also indicate fixed social, political or religious roles. Tribal members unwilling to participate in scarification are generally not accepted as full standing members of the group. (Coleman, Helen “Scarification and Cicatrisation Among African Cultures,”http://www.randafricanart.com/Scarification_and_Cicatrisation_among_African_cultures.html) 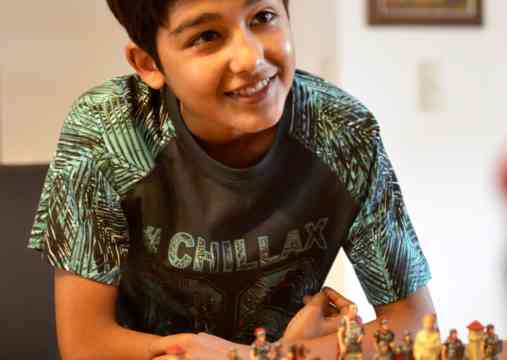 Omed was beat up because he is of a tribe discriminated against by terrorists.