My name is Pat. My father married three wives. He belonged to a society that worships idols. It was a tradition in our village in West Africa. When I married I had twins and my father said, “This is bad Juju [dark witchcraft].” He did not want to see twins; his society forbids twins. But me, as a Christian, I know that all children are good because God gives them to you.

They take you to a place and lie you on the ground and bring a knife and cut you. At the ceremony they sometimes kill goats, kill fowl, or kill hares using their blood. They believe it will save you. But it will not save me. It is God that saves a person. I did not want my children to have it. I said, “No.”

My husband said, “Let’s leave this place and go to another village.” My man was afraid. He knew people were looking for me. So we started walking [to get away]. Then, I don’t know how they found us — maybe they used Juju [magical powers]. They found us.

They were dragging me away and my husband said, “No, no, you can’t take my wife away.” They took a machete and said, “If you don’t let us have this woman, we will cut you.” My husband said, “No, take me, instead.” But they said, “No, you are not the one we want. It is this woman and her children that are bringing problems to us because they are an abomination to us.”

I went to another village. There was fighting there. They were killing people because of rival tribes. After I got there, I found the Dumom. Her name was Blessing. I told her my name and everything that had happened to me — the reason I left my village — everything. Blessing said, “No problem, you stay with me.” I lived with her for four years but one day I was away and when I came back, Blessing, my Dumom mother, was shot.

I decided this country will not contain me. I must go. I said, “This place is no longer. My life is at risk.”

No One Will Tell You About The Desert

I went to Kano and paid money to smugglers to take me across the Sahara Desert in Libya to the seashore where I could take a boat to Italy. In Kano so many people were loaded into hilos [open-bed trucks] that we almost could not breathe. Some people died. While crossing the desert one boy died — he bleed blood, bleed blood and died. I was crying. I said, “God, I left my country because I don’t want to die and now people are dying in the desert.”

At one place during our journey we found water in a rock. We drank the water and ate some leaves. I see people before me dying. I don’t want to die out there. Dead bodies because we had no water, no food to eat. We came to a wet place in the desert and we drank the water even though there was a dead body beside it and it was smelling. We drank the water, anyway, because if we didn’t we would die.

Stranded In A Living Hell

After the long journey across the desert in Libya, we finally got close to the seashore. But they didn’t want us to get on boats to go to Italy. [Instead] a man brought a car to take a few of us to another place. But they wouldn’t let us sit on the seats. He put me in the boot [trunk] but then he went away. I was in the boot for more than an hour. I was crying and shouting. I yelled, “Someone is in the boot! Someone is in the boot!” But the man was gone.

I was crying and sweating all over my body. I said, “God, make it so someone can open this boot.” Immediately, God covered me [made me more calm]. And a man came and broke the back glass. He said, “Come out.” I gave thanks to God that I didn’t die.

Then they took three of us to a very big place with big gates. When we went inside, a man and a woman gave the man who brought us there some money. We saw crying children and women who were pregnant. We saw more than 500 in a big hall. We slept four people in each small bed on the floor. We had to lie on our sides, back-to-stomach, to fit everyone on the bed. We could not turn. In the morning they would flog us then give us the food. And a little water.

I stayed in that prison for eight months. They say it is not a prison — no police there, no uniforms — bad men run the place. Women gave birth there; they were suffering. And small, small children! I didn’t cry for myself but I cried for those children. Newborn babies.

There was a girl who was very small; her name was Happy. I would sometimes reserve my water for her. Once the man came and asked why she was crying. I said, “She is hungry.” And he said, “She needs to be flogged.” But I said, “No, flog me. Don’t flog this girl because she is so small.”

After one week, that man came — the man who flogged me. He said, “Come.” He brought me to the gates and gave me clothes to cover me. Then he opened the gates and said, “Go! Go! Go!”

I Was Rescued And Fainted

I was running, running and fell into a hole. It was deep. I stood up to catch my breath. Then I ran again and found a place to hide because if anyone saw me they would take me back to the prison. Someone did find me. His name was Pork. He said, “What are you doing here?” And when he saw my body, he began to cry. I was crying, also. He took me to his house and I told him my story. He said he could not hide me there but he would help me.

Soon his brother came and took me to the sea. They put me in a boat with other people. I thought I would die in the sea but God saved me. I was rescued and fainted. They took me to a hospital [in Sicily] and I was there for three days. They gave me some treatments for my wounds. Then they took me to this place [a refugee camp in Italy]. It is eight months since I came to this country.

When I told my story to a lady here, she said, “Pat, your life is saved.”

Pat’s tale is shocking, almost unbelievable. However, our interviews with other African refugees affirm much of what she experienced. One theme, which runs through all of their stories is hope — hope of a better life in a safe place. They’re willing to abandon country, culture, and sometimes family, to journey to an unknown place on a road paved with danger and possible death. Hope drives them on. 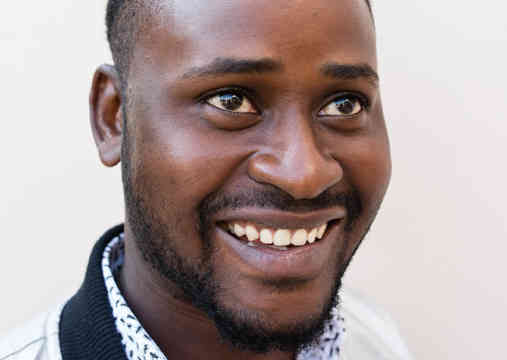 My Dream is to Help People Make Life Better

Everyone has his own road and his own destiny. 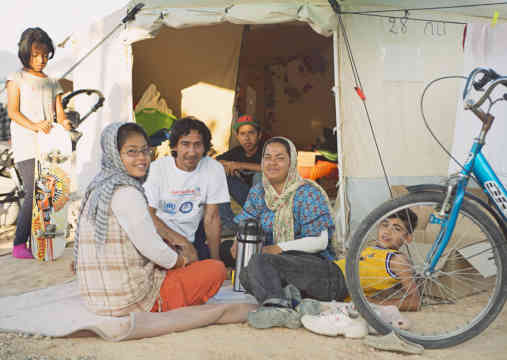 We only had enough to get this far, here in Greece. Now we’re stuck. 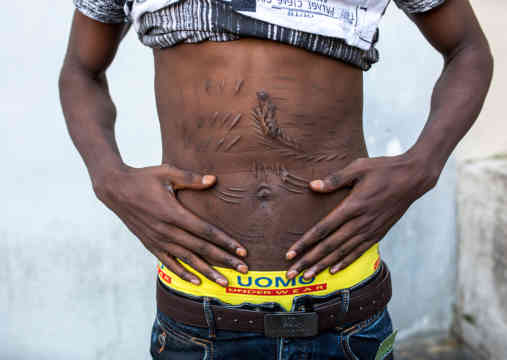 This is What They Did to Me

The people of Europe … think that we just came here to look for money. No!