My husband is Palestinian. He is from Latakia. He is a Palestinian who migrated. Yes, he was raised there and people introduced us and it was fate. I am Syrian. He was thirty-five, I was seventeen years old. He was married before me and has two daughters but they are in Syria. My husband does many things, he doesn’t have one particular job. Meaning he works as a fisherman and he does painting. I was a housewife.

We were smuggled out. It cost two thousand Syrian currency for all of us. We escaped to Turkey. We remained living in tents.

Some of us began to travel to Germany. We traveled in a boat. It was a big boat. It had three hundred and fifty people. There were a lot of people. The boat was sinking. The drivers left it in the middle of the sea and they jumped (to escape). We had many children on the boat so for the sake of the children’s safety, my husband steered, meaning he took over. My husband was obligated to steer so he could save the children that were with him. Then the Greek police arrested him. The police took him and arrested him and he hasn’t been out since.

Then I continued on my own with my children. I had six children with me. I walked just like the rest of the people. I walked along with everyone else who was walking. I was pregnant and with six boys. And I suffered a lot. I was on my own the whole way. I was pregnant with a little girl. I was very tired on the way. I was very exhausted on my own on the way coming here [to Germany]. I suffered a lot. I don’t have a brother or a sister. I don’t have anyone. I’m by myself with six children.

I remained in Serbia for four days sleeping on the muddy ground without food or drink until we got that document. Until we were able to get here. We suffered a lot on the way. Praise be to God, God gave us strength. Patience. From one country to the next, we would get off one train and board another, get off another train then board another. Macedonia. I can’t remember their names anymore. In the middle of the night, the train let us off at three in the morning. Then we walked for about two or three hours until we reached the next train.

Praise be to God, Lord of the universe, we don’t have to worry about bombings and missiles, oppression, and humiliation, which we were living. We are very comfortable here.

I wish a better life for my children and I hope they can live a stable and safer life, and I wish for my husband to return to his children so we can all be together again.

The world has been talking and arguing about tolerance for decades. 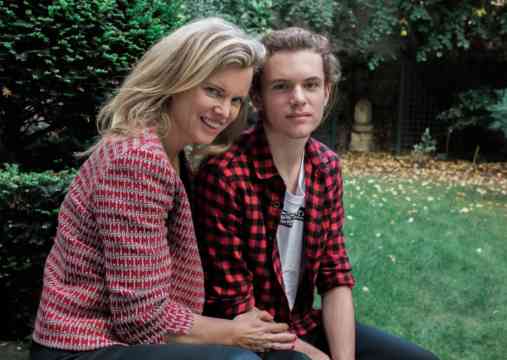 On the Right Side of History 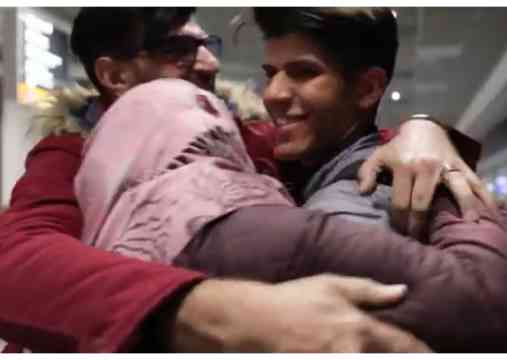