I Was Called the Sock Ambassador

My name is Christine Dolan. I’m from Yorkshire, England, and I’ve lived in France for thirty years. One day I was out and decided I’d take a left instead of a right, and to my shock and horror I saw hundreds and hundreds of refugees sleeping in tents—here, in Paris! I hung around to see who was in charge, began chatting, and decided to come back later with a bag of cuddly toys I’d been hanging on to. That’s how I started, just over two years ago.

When I trek to where refugees are camped, what I always do first is try to find someone who speaks English who can be my translator; that makes things a hundred times easier. I worked with a nurse for a while because so many of the people were sick, especially the babies. At one point I got involved in distributing socks. People sent me socks from all over the world. I was called the Sock Ambassador.

There are many desperate people—lots of trauma, suicides, illness, and depression. Initially, I did not want to get involved in listening to peoples’ individual stories because it’s so heartbreaking. It can be overwhelming for volunteers; we have to fight cracking emotionally. I’ve seen about 100,000 people in these last two years, and I want to help each one, but I can’t. I keep on helping, anyway.

One young man I managed to help was Ali. He was cold, and I just happened to have an extra sweatshirt, and a blanket in my bag, so I wrapped him up. He only had one leg, but he had traveled on a badly damaged prosthesis all the way from Greece. We became friends, and I helped him get set up with housing and French lessons. He’s an orphan, but now I see myself as his godmother. 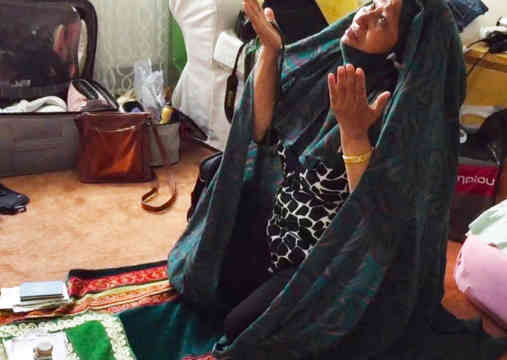 Rasheeda kneeled despite physical pain caused by her exodus from Afghanistan. 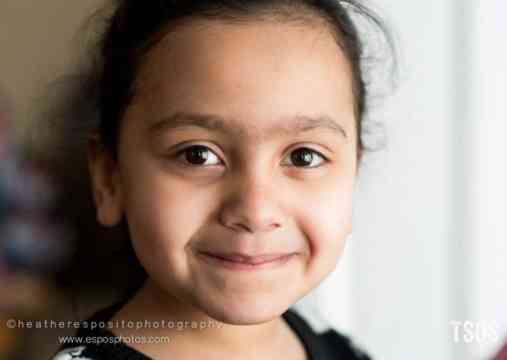 Sakina’s favorite thing about being in America is that…she gets to go to school. 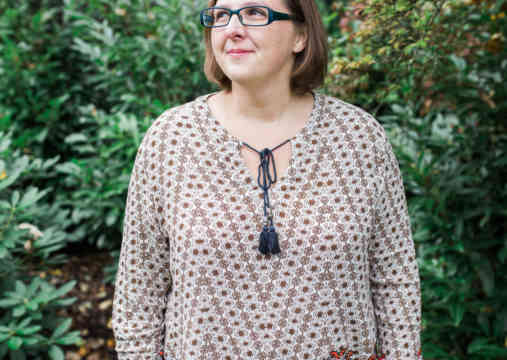