In the poorest sector of one of the poorest countries on earth lies the largest refugee settlement known to man. Cox’s Bazar, where we spent a week gathering first-hand stories of Rohingya refugees, is a sprawling warren of huts and hovels that houses more than 800,000 people forced to flee Myanmar.

More than sixty percent are women and children. All fled through the jungled unknown to escape the genocide and ethnic cleansing perpetrated by the Myanmar military. Here, in the limbo of a temporary county-sized camp, they have been offered refuge.

And what does refuge mean? In the local tongue the term “shanti khana” means a “place of peace” or a refuge, and in this context it is used for physical spaces where women can be with other women, be understood and unharmed. What variations of shanti khana can I offer millions upon millions of refugee women and children or women and children in general? Let me share some of my experience beginning with the larger context and ending with the intimate.

We came to Cox’s Bazar as guests of both HumaniTerra, an international NGO that connects volunteer surgeons with countries and populations that need help rebuilding healthcare systems in a sustainable way, and Hope Foundation Hospital for Women and Children of Bangladesh, a local charity that was originally set up in 1999 to offer free medical care to poor local women and children.

But, with the influx of hundreds of thousands of Rohingyas into this already overpopulated and desperately poor region in 2017, Hope Foundation Hospital for Women and Children of Bangladesh adapted and expanded its mission to include the needs of the Rohingya women. It built a permanent (cement foundation) hospital within Cox’s Bazar itself, and Hope Field Hospital for Women now serves hundreds of Rohingya patients everyday whose needs are, tragically, only emblematic of the universal plight of female refugees. The stories I have heard — one after another after another day in and out — have left me plowed right open.

During one of our visits to the hospital, over a dozen Rohingya women stood in line for an hour for the chance to look into a camera and tell their stories. They stood silently, nobly, like guards or dignitaries in the shade, while one-by-one each took the opportunity to testify to the world. As each woman finished, she thanked me - thanked us - for listening to her story and amplifying it into the world.

Their comments to that point had been general, circumspect, asking the world for political help, mostly, so they could return to their country and be granted citizenship so they might live out their days in safety. Then I asked, through the translator, "What did you see with your own eyes when the Myanmar military—" and the whole atmosphere changed. The women tumbled over one another, lunged in front of the camera, arms in the air, faces full of rage, voices strained, stamping their feet, acting out what they were saying: Butchery.

I grew dizzy. As they finished, we embraced, I had tears on my face, our cameraman was reeling. They thanked us over and over again for listening. I stepped away to write my notes in my notebook, catch my breath, get my footing. And I almost stepped onto what I thought was a mound of fabric heaped on the ground. Maybe someone’s undone laundry. A discarded bag.

It was a woman. She was so impossibly small, crouched on her haunches and covered in a light colored veil that draped over her bony back and lay like a pool around her on the ground. Only her fragile brown hands, clasped around her knees, gave her away as a human being, and not a pile of refuse.

I dropped right to the ground next to her putting my arm around her back. She was no bigger than a small-boned six-year-old child. She took my hand, pulled my head next to her head until we were forehead to forehead under her veil, and she began to whisper. I closed my eyes, praying for the gift of tongues, listening to her raw grainy mother voice spill out under our shared canopy, our refuge. She rocked gently with certain sounds, emphasizing horror, sorrow, rage. When she swayed, I swayed. When she wept, I wept. Swaying, weeping, groaning, I wrapped my pasty, fleshy hands around her bony fingers, and we looked at one another, eye-to-eye. I understood, although I had not understood a word. I heard, though I did not get the particulars. And I can hear her heart now as I write.

“They killed her eight-year-old son.”

It was my young Bangladeshi translator, Farhad. He’d come over noiselessly, and had crouched inches away from us. But without him I had already understood all I needed to know. And more. I felt her tragedy. I pulled my head away from this, my sister, out from under our shared veil, out into the daylight with people and noise and the day ahead. The life ahead. In a camp called Cox's Bazar.

I have not forgotten my sister, and never will.

Nor will I forget our shared shanti khana.

Share refugee stories online and in life amongst your friends and colleagues to help challenge misconceptions and misunderstandings about refugees to aid integration and acculturation in communities.

Donate to Their Story is Our Story (TSOS) so that we can continue sharing refugees' personal stories to break down down barriers and help prevent social isolation, unemployment, unsafe housing and poverty amongst refugee newcomers. 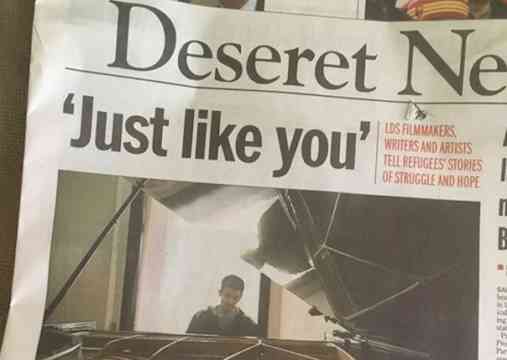 PRESS: How these Mormon artists discovered that refugees are 'just like you' 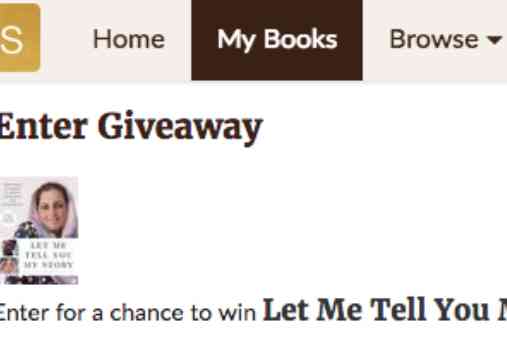 Let Me Tell You My Story - Goodreads GIVEAWAY!

Enter this Goodreads GIVEAWAY for a chance to win your own copy... 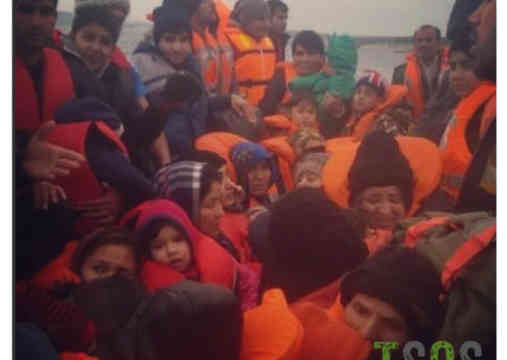 If you've ever wondered why those overloaded inflatable rafts coming to the...