Since I started learning from refugees, I haven’t been able to travel (as I’m doing right now) without thinking of my refugee friends.

When I traveled to Salt Lake City, Utah in the western US, I flew. When I traveled from Utah to California—-crossing scorching, punishing desert—-I drove. I drove across borders without danger, with no fanfare. I had air conditioning and a reclining seat. And I loaded up the back hatch with everything my family and I might need that a gas station wouldn’t provide.

My refugee friends, on the other hand, walked. Many walked for weeks and months from Afghanistan to the shores of Turkey (the distance from NYC to Seattle) crossing borders patrolled by police or vigilantes who waited with machine guns aimed to kill.

They trudged across deserts.
They hiked alp-like mountain ranges.
They forded rivers.
They hid in forests.
They crawled through brush.
They burned under August sun.
Then they hit coastline.
They paid smugglers.
They crammed onto inflatable rafts.
The lucky ones arrived in Greece.
Then they walked again.

Need I paint the picture? We’ve all seen the photos. We know.
But do we?

Did you know that by the time these refugees had found their way to Frankfurt, they had walked a distance equivalent to the trek from NYC to Houston and back up to Seattle?

No? Neither did I. 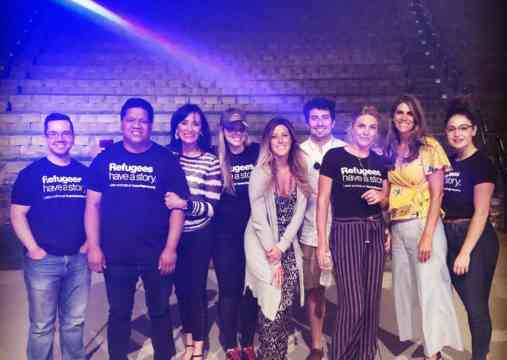 Thank you to all who volunteered time, talents, and gifts! And, to... 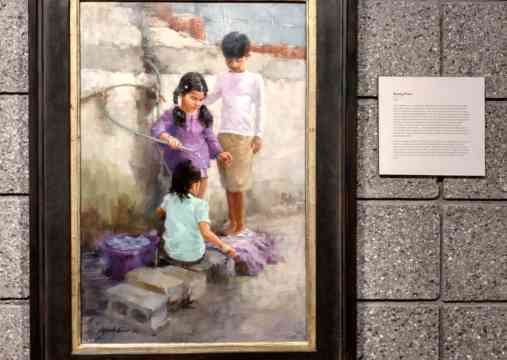 THIS FRIDAY, August 3rd from 6-9pm, Liz will be greeting exhibit-goers... 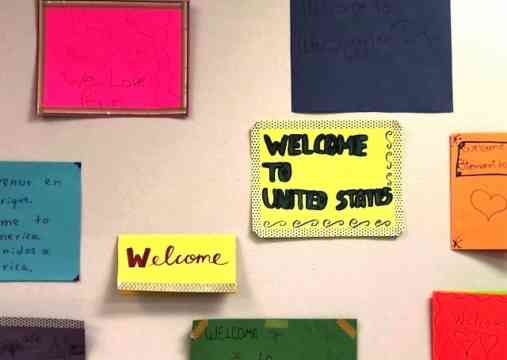 Thanksgiving: A Story of Resettlement

The story of Resettlement is a shared experience of belonging. As true...