Who We Are
About Us Leadership Media Center Blog Contact Us
What We Do
Stories Education Advocacy Integration Featured Issues Special Projects
Where We Work
Africa Europe Latin America United States
How To Help
Volunteer Donate Share Your Story Subscribe Advocate More Ways to Help
Blog → June 19, 2018

What Would Mister Rogers Say Now?

You may have heard about a movie out in limited theaters called, “Won’t You Be My Neighbor?”  It highlights the legacy of Fred Rogers, known to children of several generations as “Mister Rogers.” His television show “Mister Rogers’ Neighborhood” filmed 895 episodes between 1968 and 2001. It’s been 50 years since he began teaching children with the kindness and sincerity that made him famous. He invited everyone to be his friend, took us on outings and presented interesting and complicated issues. Mister Rogers also discussed difficult issues that adults instinctively want to shield children from like divorce, assassinations, and prejudice. He knew that children wondered and worried. He also knew they can process complex issues if they are presented in a straightforward way.

I thought about him on a recent trip to the Los Angeles Museum of the Holocaust. I wondered if being an adolescent through World War II formed some of the thoughts and emotions he expressed through his television programming.

On display was a letter written in 1940 by Jewish refugees Josef and Klara Nachod petitioning for help. During WWII people wanting an entry visa to the United States needed an affidavit from a wealthy citizen declaring they would not be a burden on society. In addition to this difficult requirement, obstacles continually caused the postponement of granting visas to emigrants. Because of those obstacles 190,000 available entry visas were never granted to any individual.

Nachod letter on display at LA Museum of the Holocaust 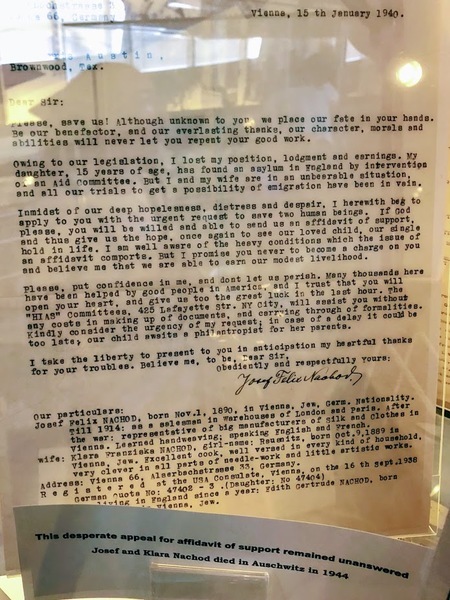 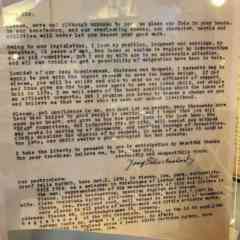 The Nachods wrote, “In midst of our deep hopelessness, distress, and despair, [we] herewith beg to apply to you with urgent request to save two human beings. If God please, …send us an affidavit of support, and give us the hope, once again to see our loved child [a 15 year old daughter given asylum in England] , our single hold in life.” The letter was never answered and four years later Josef and Klara died in the infamous Auschwitz concentration camp.

The image of refugee boats being turned away in front of the Statue of Liberty was published six months earlier. Fred Rogers was 11 years old at the time. I think it’s likely he heard talk of Jewish refugees, or saw a political cartoon in the paper. If he did I bet he wished someone would have explained it to him.

Political Cartoon on display at LA Museum of the Holocaust 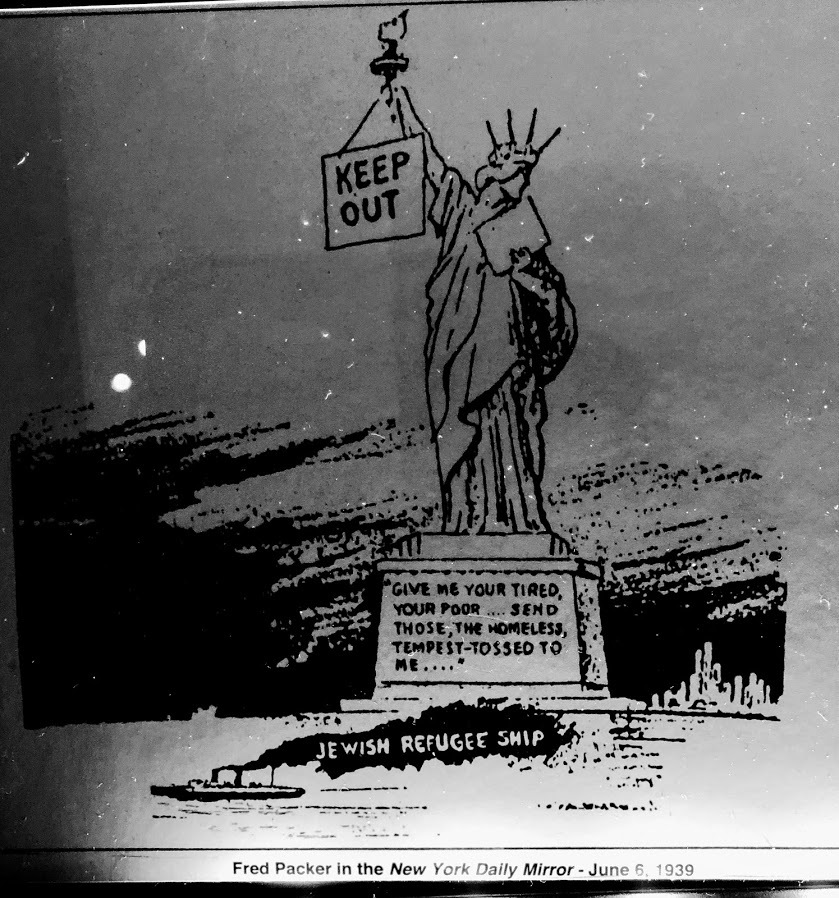 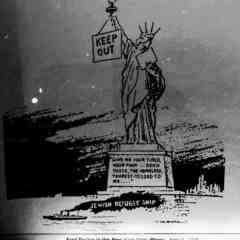 In 1942, when Fred was 14 years old, Japanese Americans were being sent to internment camps. It would not be surprising if he wondered why Americans were being isolated in their own country because of their ancestry. Maybe that’s why he addressed prejudice years later on his show while he sat sharing cool water on his feet in a kiddie pool with his African American “neighbor.”

World War II ended in 1945 just as Fred entered adulthood. I’m sure he thought a lot about why the tragedies of that war came about.

In 1963 there was the famous March on Washington. We often hear references to the speech given by Martin Luther King Jr. there. Toward the end of my tour of the Holocaust Museum I was reminded of another important speech given that day. It was by Rabbi Joachim Prinz, and in it he said,

“In the realm of the spirit, our fathers taught us … that God created man, He created him as everybody’s neighbor. Neighbor is not a geographic term. It is a moral concept. It means our collective responsibility for the preservation of man’s dignity and integrity… When I was the rabbi of the Jewish community in Berlin under the Hitler regime, I learned many things. The most important thing that I learned under those tragic circumstances was that bigotry and hatred are not the most urgent problem. The most urgent, the most disgraceful, the most shameful and the most tragic problem is silence. A great people which had created a great civilization had become a nation of silent onlookers. They remained silent in the face of hate, in the face of brutality and in the face of mass murder. America must not become a nation of onlookers. America must not remain silent… It must speak up and act.”

Was it coincidence that five years after that speech Mister Rogers introduced us to our neighbors and taught us about how to be good to them? Maybe not… or it could be that Mister Prinz and Mister Rogers just learned the same lesson from living during WWII. Either way, I’m grateful Fred Rogers dedicated his life to giving voice to the silent parts of our lives: our emotions, our thoughts, and our attitudes. On FredRogers.org you can read this quote from him, “Real strength has more to do with what is not seen. Real strength has to do with helping others.”

I hope that we will build on the lessons from WWII, Mister Rogers, and Mister Prinz. Let us not be silent onlookers. Let us help others. Let us speak up and act.

Egette was born and raised in a refugee camp in Tanzania, Africa. In 2021, she graduated with a B.S. in psychology from George Mason University. In 2022, she received her MA in psychology with a focus in Cognitive and Behavioral Neuroscience, also from George Mason. She was recently featured in Forbes on World Mental Health Day. She founded Safe Haven Space, to empower and educate refugee families in the US about mental health and wellbeing.

Their Story is Our Story and By Women, For Women Announce Partnership to Collect and Share Stories of Displaced Women

Their Story is Our Story (TSOS) and By Women, For Women (BWFW) announce a partnership focused on collecting and sharing stories of displaced women.

Top of Mind: When is War Justified?

Through the connections made by the TSOS Community Programs team, we were able to connect Yalda Royan with Julie Rose for this powerful episode, "When is War Justified?"