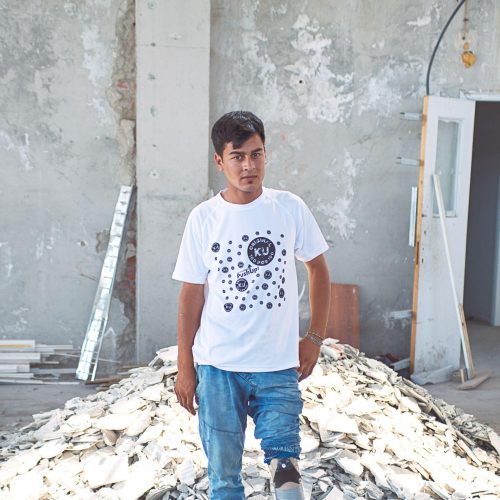 The forcibly displaced often have little to no time to prepare to escape. Fleeing abruptly, they have not had the luxury of saving funds for a long trip of for necessary travel documents. As a result, they must often go underground, employing smugglers to guide them on foot along perilous routes to avoid armed border guards and police. Routes crossing mountains, bodies of water, jungles and deserts are often only possible on foot.

Backpacks filled with a change of clothing, medication, important documents, simple mementos like religious books and prayer rugs are usually all the displaced can carry. Many also rely on cell phones. Along their route, thy are often forced my smugglers to dispose of such content, because personal belongings take room that would otherwise be occupied by a paying person. 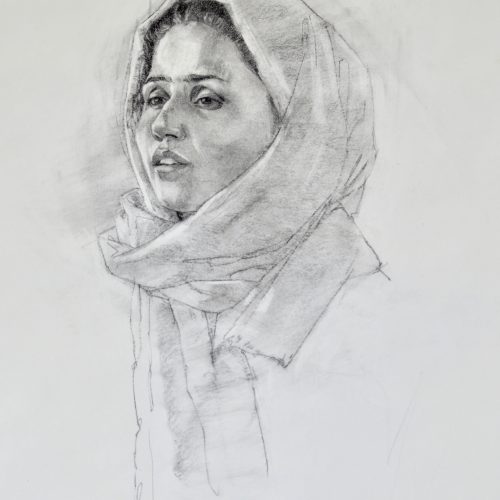 STORY The Journey: I Didn't Remember the Money in the Backpack 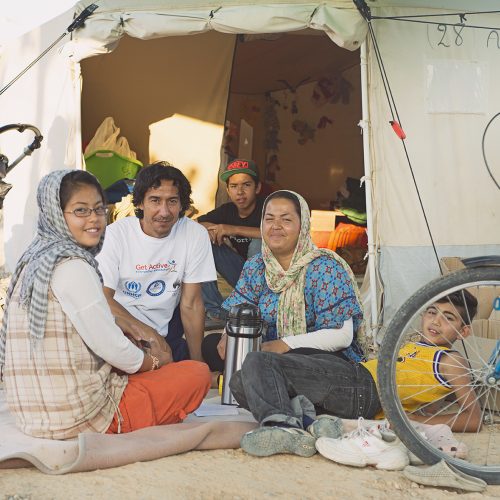 STORY The Journey: We Were Stuck Between Two Patrols

Bodies of water often make natural borders and must be crossed when one flees very far. Whether traveling from the Middle East to Greece, Myanmar to Bangladesh, Honduras to Texas, Africa to Portugal, the displaced must cross oceans, seas and rivers, and always do so at the peril of their lives. Seafaring vessels that carry desperate forcibly displaced individuals are manned by smugglers, who charge per head. To capitalize on their human cargo, they routinely overload boats and dinghies with more passengers than the vessel is built to hold. Asylum seeker deaths at sea from illness, suffocation, dehydration and capsizing now number in the tens of thousands.

According to the UNHCR, up to 90% of Sub-Saharan African asylum seekers seeking refuge northward transit through Libya. From there, they cross the Mediterranean to Italy, Portugal, and other coastal points in Europe. Since the fall of Muammar Gaddafi in 2011, Libya has become a vast breeding ground for competing militia forces and gangs who deal in trafficking and slavery. Libya is known as a notorious landscape of extreme deprivation and bloody violence, where adequate shelter, water, food, health care, and protection—particularly for women and children — are the exception. 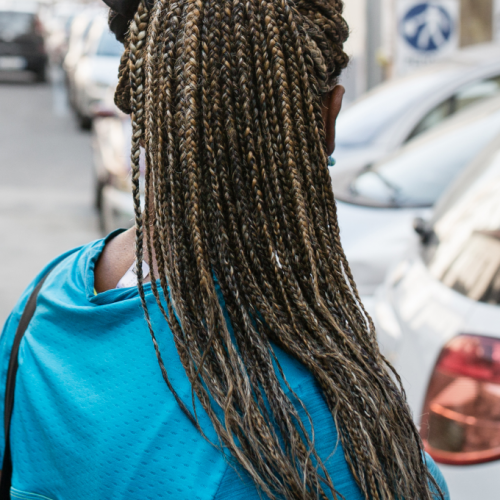 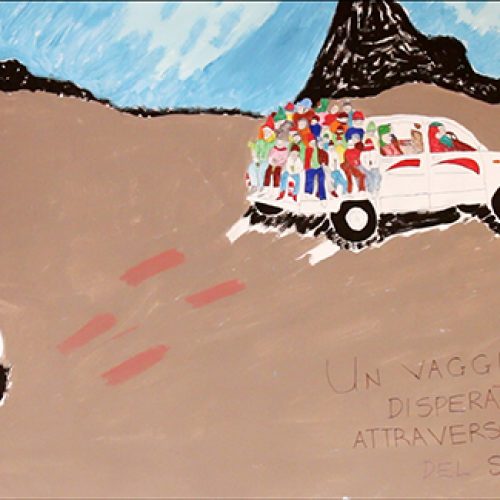 STORY The Journey: My Drawings Show Sorrows Along the Way

Smuggling is a multi-billion-dollar industry. At some point in their journey, most displaced people employ the illegal services of smugglers. Document forgers, dinghy operators, car and truck drivers, “coyotes” (in Central America), “sarafs” or “uncles” (in the Middle East) guide over dangerous terrain and borders. Smugglers actively advertise on hundreds of pages on Facebook as well as in person both in departure and destination countries. Smugglers become traffickers if they mortally threaten, extort, seize or sell people for profit. Between 20 and 40 million people are currently trafficked. Given that most of the forcibly displaced never know a life outside of fleeing and living in camps, they never escape the cycle of being exploited, abused, starved, isolated and trafficked.

Governments the world over, struggling to absorb the currently unprecedented and steadily increasing volume of displaced people, began reinforcing their borders early 2015. They did so by increased patrolling, erecting physical barriers, and by closing borders altogether. Closed borders force the displaced to take ever more dangerous routes by increasingly dangerous methods to reach safety. 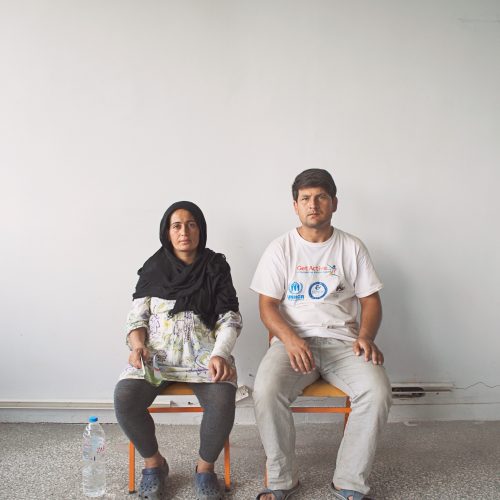 STORY The Journey: We Were So Afraid 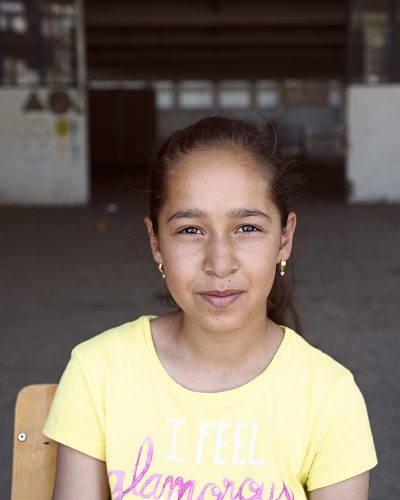 STORY The Journey: I Want to Go Back to School

“Refugee camps are temporary facilities built to provide immediate protection and assistance to people who have been forced to flee due to conflict, violence or persecution. While camps are not intended to provide permanent sustainable solutions, they offer a safe haven for refugees where they receive medical treatment, food, shelter, and other basic services during emergencies.” (UNHCR) Refugees can stay months, years, or an entire lifetime in camps. Nearly 3 million people live in what are known as formally recognized and funded refugee camps, the largest of which are in Bangladesh, Jordan, Kenya, Tanzania, Uganda and Ethiopia. Another 60% of the world’s refugees live in cities, while there are countless unregistered and ad hoc camps, and provisional clusters either in the margins of cities or remote locations worldwide, with new survival solutions emerging constantly.

“Detention is the deprivation of liberty for migration-related reasons. In contrast, criminal incarceration is the deprivation of liberty of a citizen or non-citizen due to criminal charges or convictions. Refugees, asylum-seekers and migrants are often subjected to arbitrary or unlawful detention and may be detained for months or years in overcrowded and unhygienic conditions falling below international standards. Under international law, immigration detention is only meant to be used as a last resort and where it is necessary, reasonable, and proportionate to a legitimate government objective. Unfortunately, the use of unnecessary immigration detention is growing and endemic to the management of complex mixed migration. Globally, millions of refugees, asylum-seekers and migrants are at risk of immigration detention each year.” (IDC, or International Detention Coalition) 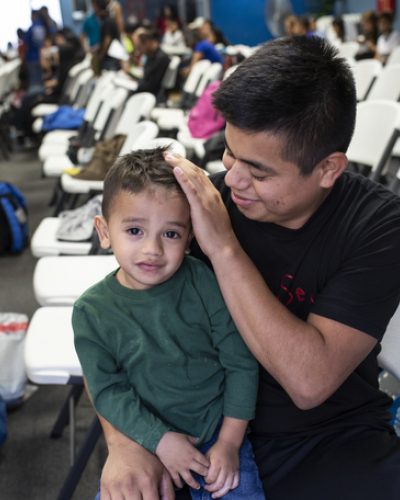 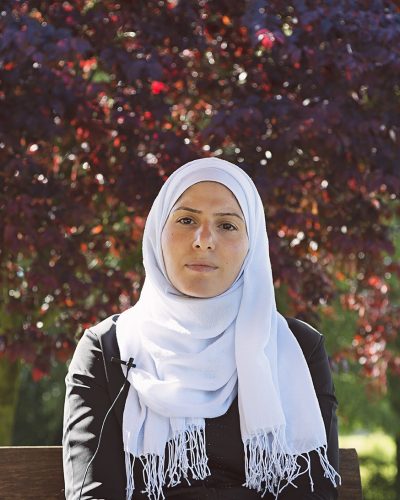 STORY The Journey: We Awoke to Find Planes Bombing Above Us

Families can be separated prior to and throughout their quest for safety. When fleeing together as a family, and most prevalently at borders, children can be separated from parents, abducted, or bartered off. Upon arrival at a border entrance point, immigration officials can seize families and hold parents and children in separate detention centers, (prisons or cages).. Another separation scenario is when children are orphaned due to war and violence and flee alone. They might also flee alone due to child-specific persecution including genital mutilation, forced marriage, domestic violence, trafficking, or forced recruitment as a child soldier. Once a child reaches majority, or the age of 18, they are no longer eligible for certain legal protections, including family reunification. Once separated, families are statistically less likely to be reunited than brought together again.