Who are we now?

Upon arrival in a new world, asylum-seekers often speak of feeling invisible to the public eye or being regarding as less than human. Their sense of belonging, humanity and dignity hang upon the reactions of the local population—moments of human connections, individual acts of kindness by strangers, been listened to. The cultural divide, fear of the unknown, uncertainty about the future, potential feelings of hostility (both from and toward the local population), and helplessness in the face of so much newness are typical feelings that accompany arrival in a place that should promise refuge. 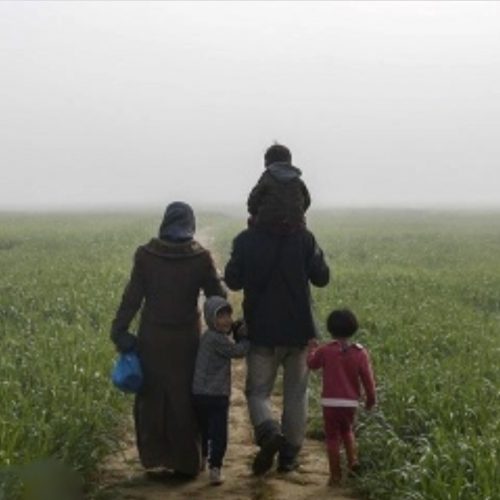 When a forcibly displaced person arrives in a country where they are seeking asylum, they are screened and undergo a series of rigorous interviews (in the USA, the “Credible Fear” interview), and court appearances (where translators are normally but not always provided) to determine the validity of their asylum claim.

From the beginning, legal processes vary significantly from country to country, from state to state, and even from court to court. Since 1951 when by international agreement the general laws and rights protecting refugees were codified, several expansions to those original definitions have been proposed. Some have been adopted. New categories of refugees have emerged, including environmental (when natural disasters and extreme climate change make homes obsolete) and economic (When entire economies collapse, driving populations across borders to sustain life). Legal definitions are, in short, in perpetual flux and law makers are under constant pressure to adapt regionally and internationally to changing realities. In the face of such complexities and given the fact that immigration issues are easily politicized, the procedure for attaining official refugee status and an official residency can take many years or may not happen at all. The process can still end with the asylum-seeker being denied safe refuge and being deported to their country of origin.

Most refugees must learn a new language in order to function in their new environment. Many western countries offer refugees admitted within their borders limited formal language instruction. The majority of refugees (over 80%) live in underdeveloped countries lacking infrastructure necessary to offer language instruction. Without language, refugees are rendered powerless to penetrate the bureaucracy that determines their future—most importantly, their asylum claim and residency status. Until a refugee masters a new language, they remain on the periphery of the host culture, which marginalization can exacerbate feelings of homesickness, nostalgia, and resentment. Language acquisition is the litmus test of a refugee’s probability to successfully integrate within a new setting. 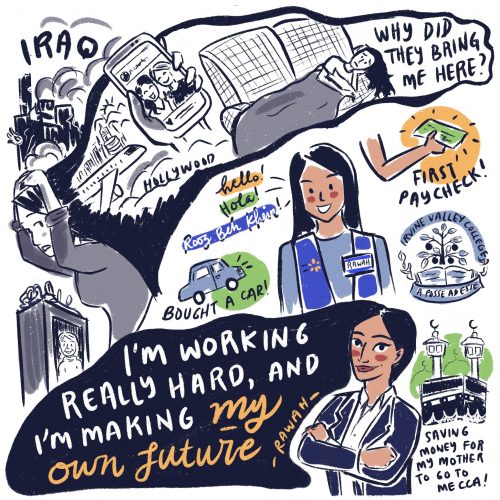 STORY Belonging: Here I Can Make My Own Future 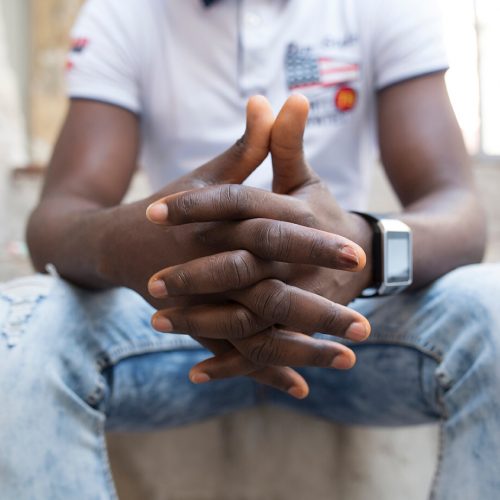 STORY Arrival: I Want to Work

Of the 71 million forcibly displaced people in the world, 41 million are displaced within their own countries, 4 million are stateless, 3.5 million are currently awaiting asylum, 26 million have achieved official refugee status, but fewer than 93,000 have been resettled, which entails functioning independently on the economy in a new land. This equates to 70 million people— roughly the same population as the entire UK plus the city of Chicago— who are living in limbo.

Refugees have often known extreme hunger, sleeplessness, frostbite, sunstroke, physical and sexual abuse, various sicknesses and ailments that have gone untreated during long periods of unrest preceding their flight and during the journey itself. They might be victims of torture, sexual or otherwise, and might be carrying a child that is the product of rape. Unaccompanied minors have made harrowing journeys without an adult to provide basic nutrition and safety, and are, as a result, malnourished and especially susceptible to diseases. 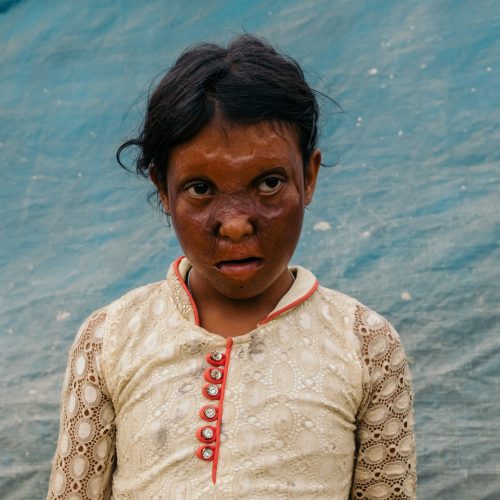 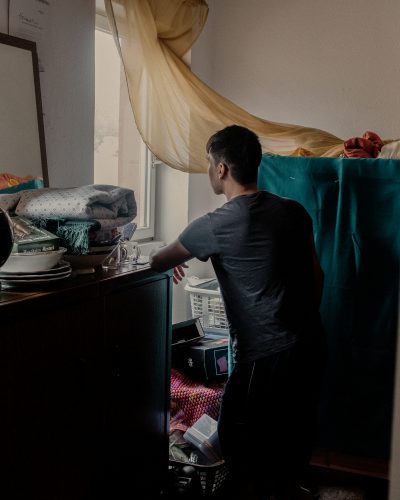 STORY Arrival: We Defied the Taliban

Refugees experience all kinds of trauma prior to, during, and after their journeys to safety. Many have survived bombings, air raids, village burnings, murders and massacres, kidnappings, starvation, beatings, and/or sexual violence. They have carried myriad anxieties that come from losing family, material belongings and security, identity, language, home, culture, routine, dignity, and control of their future. Mental exhaustion, confusion, chaos, and long stretches of fear and anger can sometimes only be unpacked when they arrive in a place of safety, at which time, the accumulated load of trauma can manifest itself in acute mental and/or physical illness. It is not uncommon for symptoms of PTSD (Post Traumatic Stress Disorder) to manifest in even the very young.

For various reasons, asylum seekers sometimes voluntarily repatriate or, more often, are refused their request to stay in a safe country. They are then deported. When notified they are being deported, asylum-seekers are given a stamp in their ID documents and a re-entry ban for several years. If one goes into hiding to avoid deportation, or stays without correct documents, this constitutes remaining illegally and, in many countries, can lead to being put in detention/prison. Recently, more and more western countries are deporting asylum seekers, even after they have begun to integrate and even though returning to their place of origin might mean returning to mortal danger. 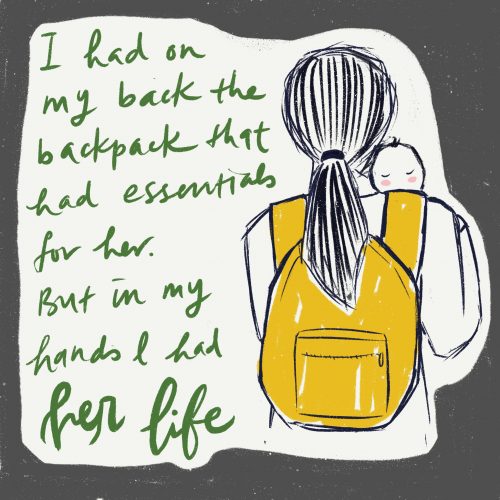